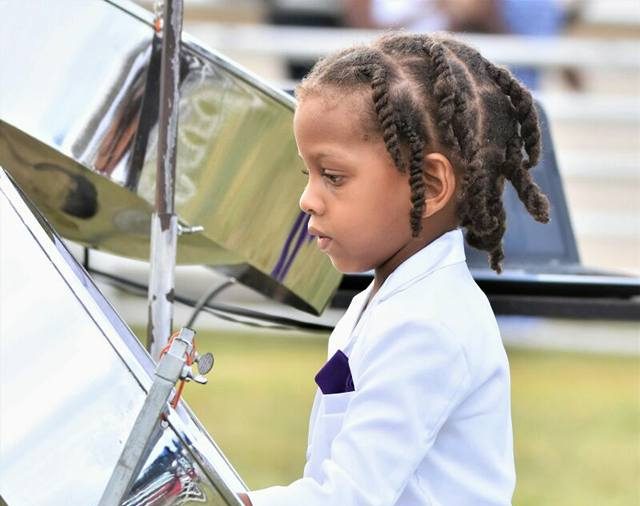 Jaydon “Pantastick Jr” Lewis; a 3 year old Steel Pan player that has got the internet buzzing with his rendition of the popular gospel song ‘I Know Who I am‘ by international gospel music minister Sinach.

Jaydon is from Trinidad and Tobago; the home of Steel Pans and has been playing steel pans from his early days. He is s celebrated kid star and has been featured on local TV, Radio stations and news papers. His father Marcus Lewis is an accomplished Pannist and has successfully transferred the knowledge to his son. They bought perform together at various occasion. Enjoy Jaydon’s rendition of I know who I am.

Steelpans (also known as steel drums or pans, and sometimes, collectively with other musicians, as a steel band or orchestra) is a musical instrument originating from Trinidad and Tobago. Steel pan musicians are called pannists.

The pan is struck using a pair of straight sticks tipped with rubber; the size and type of rubber tip varies according to the class of pan being played. Some musicians use four pansticks, holding two in each hand.[1]This skill and performance have been conclusively shown to have grown out of Trinidad and Tobago’s early 20th-century Carnival percussion groups known as Tamboo bamboo. The pan is the national instrument of Trinidad and Tobago.

Recall that Nigerian gospel music minister Sinach was recently at Trinidad and Tobago for her Way Maker Tour concert and must shared this song I Know Who I Am with the people of Trinidad and Tobago, little wonder, the little man has come out with his own Steel Pan rendition. We must say his version is lovely. What a grand level of skill on the steel pans. Jesus is Glorified!

Sinach was in Trinidad from the 13 and 16 of October 2017. It was an amazing time in God’s Presence and the people of Trinidad will not forget in hurry. 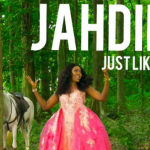 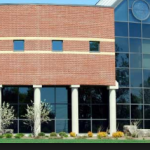