Hundreds of teenagers across Africa gather in Ghana’s Capital to discuss issues affecting the continent at the Africa Teens Summit, in Accra.

Now, in its second edition, the summit gathered the continent’s brightest teen inventors, innovators, advocates, entrepreneurs, entertainment personalities, sport and technology enthusiasts to share ideas, on issues affecting Africa and how it can be transformed into solution(s).

Themed ‘‘The Future We See‘’, the hybrid edition took place on 11th of November, 2021 in Accra, Ghana and virtual.

Teenagers across Africa mounted the podium to speak on issues affecting them, exhibited their talent, and connected with each other.

Speaking at the event, 22-year-old Micheal Angelo, a model, narrated how he was harassed and teased when he began modelling. According to him, the zeal of going outside the box, to do great things, were his dream. He entreated young people to break the long-held perception that, Africa teenagers are uncreative through exploring what they are passionate about.

“The fear of failing shouldn’t stop you from achieving certain things” If you have an idea, do not think about what it will be like, but do what it takes to achieve it, that’s something I want to pass on to the next generation.” He said.

Furthermore, he calls on African governments to create an enabling environment for its youth, “There are young people out there pushing the boundary, we should help these young people explore opportunities, I’m calling on governments in Africa to change our educational system to more practical than theoretical” he added.

South Africa’s child Author, and activist, Stacey Fru, spoke on the importance of Literacy to child development. Narrating her experience writing her first book “Smelly Cats”, at the age of 7, she explained since then she has grown into a figure society has come to admire. She attributed her success to the continuous support from her family and entreated African families to support their wards to achieve their potential.

17-year-old Olympic Swimmer, Habibat Ogunbayo, from Nigeria addressed participants on the importance of acquiring skills as that’s cardinal to their development.

At the age of 17 years old, Habibat was the only swimmer to represent Nigeria in the 2020 Tokyo Olympics in which she broke the Nigerian record and became the first Nigerian woman swimmer to finish the 100m freestyle in under one minute.

“Believing in yourself, and surrounding yourself with a genuine support system will help you fight your fear.” She tells the audience.

The Summit came at a time, the number of children out of school saw a sharp increase due to the economic downturn of covid-19. According to data from Statista, In 2019, Niger had 1.6 million children out of school, the highest number in Africa. Tanzania and Mali followed, with around 1.4 million and 1.3 million primary-school-age children not enrolled in primary or secondary education, respectively. That same year, around 33.8 million children were out of school in Sub-Saharan Africa. The summit will draw attention to the importance of Education to the development of Africa and showcase these bright minds as a result of what education can do in one’s life.

Dune Tilley, a creative fashion and documentary photographer from South Africa, Ellie Scotte, a singer, songwriter, and student from Nigeria, were among the speakers. Others include, Megan Werner, Best Selling Author and Founder of U Dream Global South Africa, Vanessa Nakate, a Ugandan climate justice activist, Richard Yusuff, a filmmaker based in Nigeria, Nyeeam Hudson (King Nahh) an award-winning motivational speaker from the United States, Agenes Keamogetswe Seemela and DJ Switch, a multi-talented DJ and Ghanaian entertainer.

The Africa Teens Summit, was the brainchild Mercy Akamo, a communications specialist with years of
experience in the media and experiential industry.

The Second edition was partnered by Jesse Gyau, a Growth and Delivery Strategist, who’s the Ghana country partner, for the Summit. 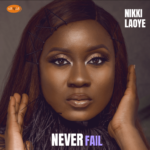 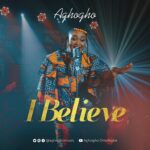