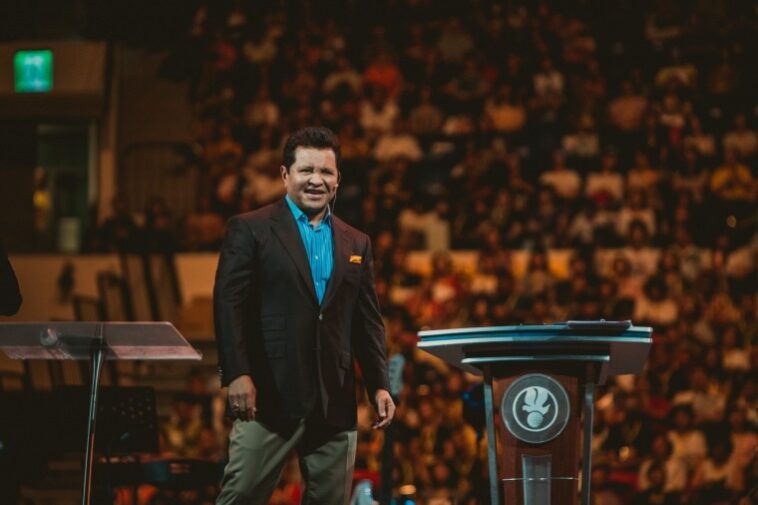 Founding pastor of the Miami-based King Jesus International Ministry, Guillermo Maldonado, warned his congregation Sunday not to take the covid-19 vaccine because it is being used to prepare the world for the Antichrist and one world order.

Beginning at about the 1 hour 45-minute mark in a nearly three-hour service broadcast on Facebook Sunday, Maldonado invoked scripture from Revelation 13 after telling his followers at one of the largest Hispanic churches in the U.S., that God told him that during the pandemic He is releasing “divine immunity, divine protection, divine health” for those that believe in His power.

He cited Revelation 13:16-17 which says of the Antichrist,

“And he causeth all, both small and great, rich and poor, free and bond, to receive a mark in their right hand, or in their foreheads: And that no man might buy or sell, save he that had the mark, or the name of the beast, or the number of his name,”

He then argued that Scriptures are currently being fulfilled. He said:

“People, I want you to look at me. That is exactly what is happening with COVID-19. They’re preparing the structure for the Antichrist,”

“How? The vaccine. They’re going to demand for you to have the vaccine in your passport. Otherwise you will not be able to travel because they are preparing the way. And the vaccines, they are made to alter your DNA,”

He also argued that the vaccine will allow people to be traced. He said to applause,

“They are made to trace you down, track you down. Do not put the vaccine. Believe in the blood of Jesus. Believe in divine immunity,”

He said the Lord spoke to him and told him that there is a “satanic agenda, a global agenda, specifically preparing the way for the Antichrist.”

“Society today, there is what I call surveillance society. Right now in social media. They know what you like.

They know where you go, they know what pictures you like. They know everything about you. They do that surveillance and you don’t know it, we don’t know it. All of that is prepared for the coming of the Antichrist,”

“Anybody that is in politics, anybody that is in religious spheres, they play a big, big role in this. With the elections you say, well, it’s just Democrats and Republicans fighting each other.

That is a satanic global agenda. They want to stop President Trump because he is against that agenda. So what you see is beyond what you hear in the news. This is what I call one world order,”

He also contended that the one world order is pushing for a “one world church” found in the ecumenical movement that would put religion in the hands of government.

“There is only one way to Heaven,” he said, and that is through Jesus Christ. He argued that the ecumenical church movement is nothing more than “the presentation of God by the enemy to the people.”

“I’m going to speak to leaders, I’m going to be the apostolic voice. I’m going to say to you, ‘What is the one world order religion?’ It’s nothing more than the enemy’s presentation of God to the human race where everyone is acceptable,” .

“That is the global Christian presentation and there’s Christians that are in that. … I’m not going to allow the devil to tell the people what my God is.”

During a recent online conversation about the soon to be released COVID-19 vaccines with Russell Moore, president of the Ethics & Religious Liberty Commission of the Southern Baptist Convention, Christian geneticist and U.S. National Institutes of Health Director Francis Collins said he was aware of many conspiracy theories about the vaccines going around, particularly on social media, and urged Christians not to fall prey to them.

Collins said of the vaccines:

“Here’s a great opportunity for Christians to say, let’s really look at the truth of the situation and evaluate what the evidence demonstrates for and against the idea that this is something I’d want to take advantage of myself,”

“There’s an awful lot of information floating around, particularly on social media, that frankly doesn’t represent truth. It represents some certain degree of fear and anxiety and some just frank conspiracies that are pretty outrageous,”

He then said, invoking Scripture,

That would apply really well right here, so whatever is true. And this is where we are making every effort, and I’m very much engaged in this effort to be as transparent as possible,”

Two coronavirus vaccines from pharmaceutical company Pfizer and biotechnology company Moderna are expected to be approved for emergency use in the U.S. this month, while two other companies, Johnson & Johnson and AstraZeneca, are expected to also receive approvals.

Collins noted that for Christians who are concerned about the safety of the vaccines, a public meeting was held on Dec. 10 to discuss the Pfizer vaccine and next week a similar meeting will be held to discuss the Moderna vaccine. 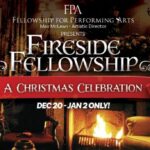 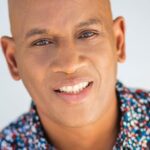