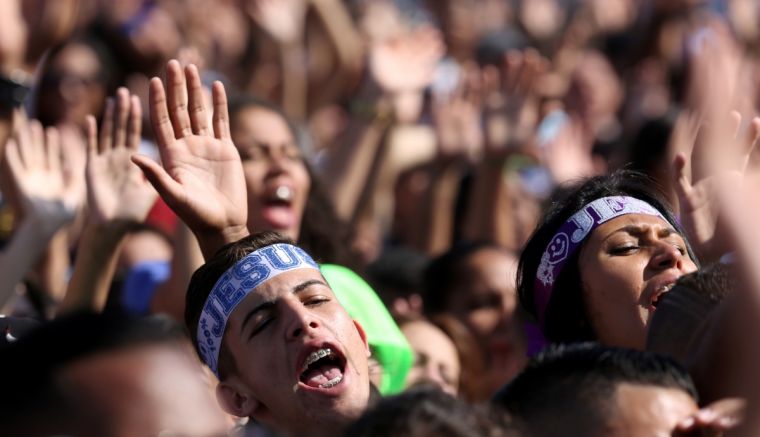 Brazil’s ‘March for Jesus’ gathered Hundreds of thousands of evangelical Christians who took the streets of Sao Paolo, turning it into the “largest Christian event in the world.”

The Reborn in Christ Church spearheaded Friday’s event that gathered double the attendance than that of last year. The crowd followed trucks fitted with speakers as the procession extended more than three miles across Sao Paulo with an ending point in downtown, where musicians played worship music until late night.

The first ‘March for Jesus’ took place in 1987 in London. Other countries followed suit making it a global Christian event.
Brazil is predominantly Catholic. But with each passing year, the Evangelical Christians have grown into an increasingly powerful political force. Many pastors have been working in remote areas and in slums, gaining influence that the government does not have.

Police failed to give an estimate of the crowd, but organizers said the total number of participants exceeded 350,000, the number of last year’s participants.

Brazil’s President Michel Temer is a Christian, who have been enjoying support from evangelical groups. In exchange, he took two evangelical pastors to his cabinet- one for the trade the other for labor.

“A lot of Brazilians outside of major cities are fairly conservative morally, and the evangelical agenda resonates with them,” said Andrew Chesnut, a Latin American expert and professor of religious studies at Virginia Commonwealth University. 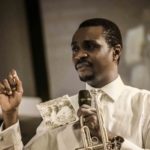 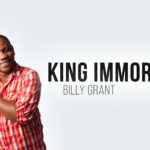