An American Christian activist and former athlete, Benjamin Watson, urges U.S. advocates to support the fight against extremism in Nigeria.

There has been a spike, in recent years, in the rate of insurgency and extremism in Nigeria, especially in its Northeast region.

The former NFL tight end and outspoken Christian, is calling on Americans fighting for racial justice in the U.S. to also call for an end to violence against Christians in Nigeria, as activists warn the world might be ignoring a possible genocide.

Watson, 39, who announced his retirement earlier this year after 16 seasons in the NFL, participated in a press conference Wednesday in Washington, D.C., where he sat next to former Democratic presidential candidate and Congresswoman Tulsi Gabbard, to speak out against the violence perpetrated by Fulani radicals and extremist groups like Boko Haram.

Hosted by the International Committee on Nigeria, the event was designed to raise awareness of the violence experienced by Christian communities in Nigeria as estimates suggest that millions of people have been displaced and thousands killed in recent years due to extremist violence taking place in the northeast and violence carried out by herding radicals against predominantly Christian farming communities in Nigeria’s Middle Belt region.

“I am here for many of the same reasons that everyone else is,” . “I can remember several years ago it being impressed upon me that the Body of Christ here in the United States is dealing with our own issues.

But compared to what is going on around the world in many respects, we need people that stand up for those who are being persecuted. At some time, it may be us.”

The event, which also featured remarks from other human rights advocates, comes after thousands across the U.S. took to the streets nationwide this summer to demonstrate against police brutality after the death of African American George Floyd who died in Minneapolis police custody and other African Americans this year.

More than 20 people have been killed during Black Lives Matter protests, some of which have turned into violent riots and arson attacks that have caused $2 billion in damage to local businesses in cities across the U.S.

“We are in a time of racial reckoning in our county,” . “The term racial justice is thrown around a lot.

But if we are sincerely concerned about justice, we must understand that justice must be advocated for at home, yes, but also abroad.”

Watson, who has been vocal about racial issues in the U.S. and even authored the 2015 book Under Our Skin, challenged those “who care about racial and social justice” issues and are “fighting for the equality of black citizens” in the U.S. to “remember and advocate for justice in the homeland.”

“This time of reckoning, as important as it is for all of us here in the United States, shouldn’t be limited to our shores as injustice persists,” . “Every little bit helps.”

The football player, who has spoken out about many injustices over the years, including abortion and sex trafficking, explained that he was first made aware of what was happening in northeast Nigeria with Boko Haram’s insurgency when militants abducted 276 female Christian students from a school in Chibok, Borno state, in 2014.

“It is not only Boko Haram,” . “Most recently, it is Fulani herdsman who have largely operated with impunity and have targeted and attacked Christian communities.”

“The killing in the region is greater than that committed by ISIS in Iraq and Syria combined,” .

“More than 60,000 Nigerians have been killed and 2 to 3 million have been displaced,” . “That is something to consider because they have been moved away from their homelands and starvation and those sorts of things are happening as well.”

Nigeria is ranked as the country with the third-highest score on the 2019 Global Terrorism Index, only behind Afghanistan and Iraq.

Insurgency and extremism in Nigeria’s Middle Belt and Northern regions, are at an alarmingly high rate.

Watson, who has in the past participated in anti-sex trafficking efforts with International Justice Mission, warned that militants force some children in Nigeria into sex slavery or to become child soldiers.

“I am someone who cares about justice,” . “Violations of justice and human rights are a threat to all of us. [Look at] what happened in Rwanda, where we didn’t speak early enough and 800,000 people died. What should we do?”

Watson, as well as others at the press conference Wednesday, called on President Donald Trump to appoint a special envoy for tackling the issue of extremism in Nigeria and the Lake Chad region, something that fellow panelist and former Congressman Frank Wolf believes would receive bipartisan praise.

The former New England Patriot called on the U.S. government “to engage with victim communities and relevant government administrations to help coordinate an international response to this crisis.”

“We are mired right now in an election cycle. As we should be, we should be paying attention to that.

But I believe the United States can do more than one thing at one time,” . “We already are. I believe this is one of the things we should be focused on even though we are mired in a presidential election.”

He concluded by citing Hebrews 13:3, which calls for believers to remember those who are imprisoned and illtreated for the faith “as if we are suffering with them.”

“When that time comes for us here in the United States, heaven forbid that we didn’t stand up when we had a chance to stand up for others around the world,”. “We would want them to do the same thing for us.” 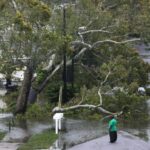 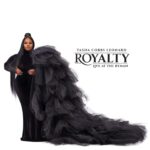