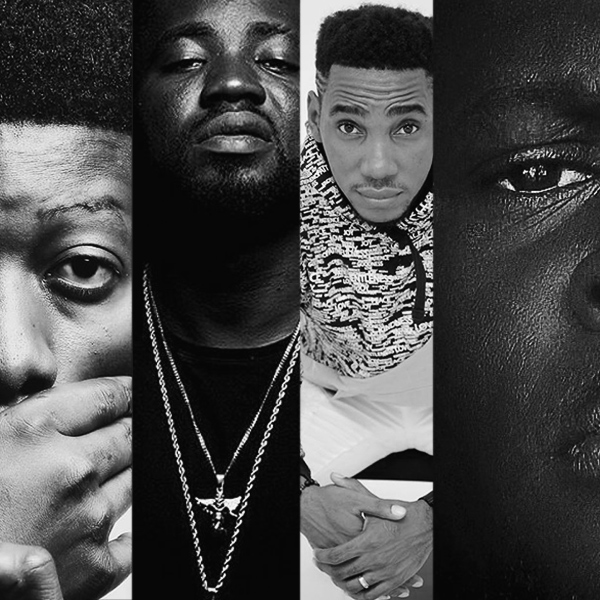 Christian Hip-hop (CHH) in Nigeria has had a steady rise in popularity and acceptance over the years and has seen its share of successful accomplishments but recently, it has had its share of instability and uncertainty as to its place in the Gospel Music Industry. Recently, several Christian rappers have taken to social media, requesting more support for the genre from the Church and concert organizers, media and even gospel bloggers and content providers.
This has gotten the attention of many who are now struck with the question, Is Christian Hip-hop Getting Enough Support From Churches?

Through decades coming, Hip-hop has taken a fast hold and has become an integral part of living. What used to be seen as the music of the streets is no longer limited to just the streets, a specific set of community or group of people, Its now part of pop culture and modern age. Hip-hop is everywhere. It has influenced fashion, music, dancing, communication, communities, media, and so much more.

Christian Hip-hop on the other hand is Hip-hop music that is faith based, about Jesus, and full of the light of Gods word and message. It is meant to inspire, bless, uplift, elevate, motivate and bring positivity as against violence, drugs, crime, etc. Nigeria is a country much influenced by the western cultures and like everything that came from the west, it has welcomed Hip-hop, which has now become part of its society, the streets and modern living.

But, in the past 3 years, only a minor percent of majorly organized gospel concerts and events has featured Christian Hip-hop or Rappers as main music acts. And from last year till date, only a small list of major themed gospel concerts have been Christian Hip-hop, yet we have a rapid rise in CHH artists every year in Nigeria.
This has led to the feeling or rather impression that there is a divide between the popular gospel praise-worship and Christian Hiphop in Nigeria.

Much earlier this year, Christian rapper DaboomSha in his single “SMH” spoke out in his lyrics calling out for a change in the industry.

“Ready for the war but the church ain’t ready yet, Same old faces on the posters of church events,
Same old gospel artiste. Mehn! ain’t nothing changed. I made a vow never to attend the experience
until i see a christian rapper up in the stadium. That’s why the youth would rather be at the discotheque. This culture we stand for; this ministry we rap for; is not accepted or celebrated on their platforms.
Church find it hard to accept us because we don’t sound like praise and worship music.
(They say) Christian hip hop is worldly, satanic.” – DaboomSha (SMH lyrics)

Some popular churches still haven’t accepted Rap or Hip-hop as Christian/Gospel music and the rest still don’t know what to do with such music full of fast words and energy that they can’t understand.

I think the support for CHH in Nigeria, may be a tough one coming, due largely to the the nature of the genre in itself. Its a music adopted, yet having accepted it, we could use it and relate with it to our present cultures, living, communities, just like the secular music industry is doing and gaining huge success and responses from it.

Secondly, Churches, should realize that CHH can be used in these times to get to much more people and young ones out there and there are a lot of Christian rappers that have the right message of God’s word and are great role models. I admire and commend churches who have influenced the way CHH is perceived and have used its platforms to promote Gospel Rap artists all over the country and then to the world. We need more of these examples to further expand the CHH industry in this part of the world.

The church is home to many from the streets who are part of Hip-hop culture, don’t ask them to stop being what they are, they can love and preach Jesus where and as they are. I guess that’s part of what Award winning international Christina rapper Lecrae hinted in parts of his 2012 “Church Clothes“.

Its also important not to assign blames, but for Nigerian Hip-hop artists to work hard in making music that people and the churches can relate with and can be blessed by. CHH will grow rapidly in the coming months and we know of several artists to watch out for this year and others who are coming out with fresh Hip-hop projects, concerts and much more.

What Is The Way Forward?

I think, most Rappers haven’t gotten their music understood largely cos most don’t speak to their listeners in a language or style that they understand. Dropping a bunch of hardcore poetic lingua and super fast lyrics, won’t make people hear what you have to say. Remember not everyone talks fast or likes forceful kicks like you. Some church folks don’t even like it ..thats fact.
Mixing it up with understandable sounds and lyrics can endear or work much better with your listeners, else you may get the young ones jumping cos the beat maybe banging, hot and you can talk stuff so fast like a speed racer, but bottom line, no one would get you. As a rapper, let people understand you and your style, make it feel at home with the people that the music is for. Most importantly, don’t remind people of their state, environments, show them a better way, inspire and preach the word, preach Jesus.

This quest for a better CHH industry in Nigeria has seen some of Nigerian Christian rappers come together to form the CHH Alliance, a platform for those passionate about CHH to interact.

I commend the churches that have fully embraced CHH and rap. And I implore others to follow suit. Lets see more CHH in our major events and concerts.
Popular Christian rapper Protek had a sold-out Hip-hop concert in June, setting a good pace and example of what CHH is looking forward to becoming and achieving this year and in the nearest future. See Protek’s Sold-out concert.

Christian Hip-hop is about preaching Christ and God is using it as a tool to save and inspire people everywhere. We should support this move, we support Christian Hiphop. 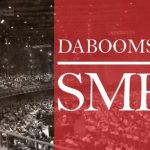 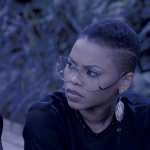