American GRAMMY nominated Bethel music singer/songwriter Cory Asbury is out with new album “To Love A Fool“. The live version of the Asbury’s latest album, To Love A Fool, was filmed on a rooftop in Kalamazoo, Michigan.

The album camps around a constant theme in Asbury’s life, the love of God and His unwavering devotion to His children.

From the intimate reflections of “Dear God,” “Unraveling” and “I’m Sorry”; to the mountaintop moment of “The Father’s House,” Asbury’s current #1 hit; to the sweet surrender of “Nothing More Than You,” the overarching themes of To Love A Fool were birthed during the “Reckless Love” singer/songwriter’s 2019 year-long sabbatical.

Watch “Nothing More Than You” Here:

“I think I wrote eight songs in two weeks,” . “I couldn’t shut it off. I couldn’t sleep at night, and when I did, I would just be having dreams; and the dreams would be songs and song ideas.

“The title of the album comes from the lyric in ‘Nothing More Than You’ which says, ‘The highest King of Heaven CHOSE to love a fool,’” .

“It’s a beautiful paradox. Through the first album and now this one, I realized that I just can’t seem to get over the love of God. I’m stuck on it.”

“He’s not a small-minded bookkeeper peering over the balcony of heaven waiting for us to mess up,” .

“No, His love keeps no record of wrongs. For God so loved the world, He came close. He casts our sin as far as the east is from the west. Because He loves us, we learn to love ourselves.

That’s an astounding thought. We’ve got to learn to love ourselves, fools though we are.” 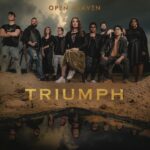 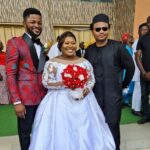