“Don is one of the most gifted worship ministers of our generation,” said ORU President William M. Wilson. “His ability to bring an audience with him into God’s presence is astounding. Don has journeyed to the ‘uttermost bounds of the earth’ with the music of our King in a variety of ways. His integrity, passion, and character speak volumes. All of this makes Don a very worthy recipient of ORU’s Lifetime Global Achievement Award.”

“It is an incredible honor to receive this award, and I am humbled to be included in the group of distinguished recipients,” said Moen. “ORU has played a significant role in the direction of my life. It’s where I met my wife Laura, and it’s where I met Terry Law and joined Living Sound, starting my lifelong career in music ministry. I’m excited to see what the next 50 years holds in store for ORU and the lives of the students they are impacting.”

ABOUT DON MOEN
The music and ministry of Don Moen reaches a global audience, impacting millions of people. In addition to the United States, his travels for concerts and seminars have taken him to Ghana, South Africa, Singapore, the Philippines, South Korea, Brazil, Canada, Australia, Great Britain, Hong Kong, Malaysia, Indonesia, Japan, the United Arab Emirates, and many more. 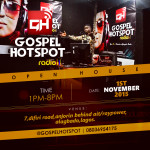 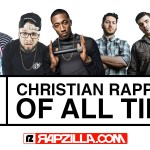