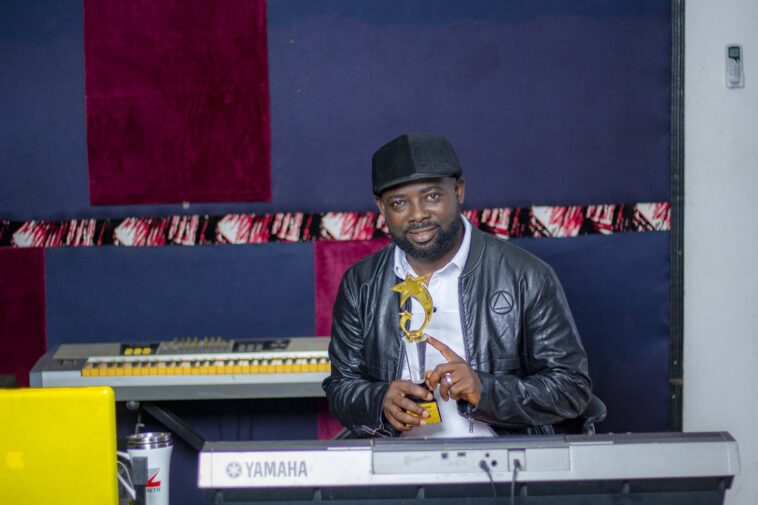 Gospotainment had an exclusive interview with an award winning artist and music producer Sunday Baseda also known as King Baseda.

King Baseda hails from Akwa Ibom state where he was born with his production name being KBMP (King Baseda Music Production).

The accomplished Sound Engineer is a graduate from the University of Uyo with a B.A in Music. He also has a diploma in Music Production/Audio and a diploma in financial studies. He has been in the gospel music industry for over 20 years! He is the CEO of Final Mix Studios in Uyo.

King Baseda is happily married with four(4) children all girls. He Specialises in both secular (non vulgar) and Gospel music. He deals in various genres such as Rock, Reggae, Hip-Hop, Jazz, Ballad and many more.

Gospotainment: What made you to go into music?

King Baseda: I grew up in a family of musicians, so I grew up doing music. My dad was a choir master, my mother was a choir mistress and my maternal uncle is an organist. So I grew up loving music and I also became a choir master in a methodist background. As a child I was making musical instruments with local stuffs. Music just flowed in me.

Gospotainment: Who are some of the major artists you have worked with?

King Baseda: Well, I have been able to work with major artists such as Freke Umoh. I was the one who did many of his first singles that introduced him as a recording artist. I also worked with Aity Denis, Nathaniel Bassey, Mista Xto, Godfada, Lybra, Zillions, Ikpa Udo, Pastor Goody Goody. I produced the theme song of Akwa Ibom state “Togetherness” featuring  and many other artists. I am also the one who majorly produced Emem Baseda.

Outside the country I have worked with Odee in  Finland, Kufre Ebong USA, Sorolls China, Uty Pius UK, Vickie Moh UK etc. I might not remember to mention others for I have been in the music industry for over 2 decades.

Gospotainment: Why did you choose to base here in Uyo and not in cities like Lagos?

King Baseda: This is where I am meant to be. If everybody is going to Lagos who will manage the music here in Uyo. Music has evolved in Uyo that’s why we are sought after globally.

When we started music production back then, when you do a job and send to Lagos, the people there will tell the artist you have to come back and mix or produce again, they must say something. And there was always a difference when they go back to Lagos.

So with years we had to work. I’m a qualified music producer, and now our work enter the market and people comment that it is exactly what they have in Lagos, and we are here  to make Akwa-Cross entertainment industry grow.

Gospotainment: Do you think music in Akwa Ibom has grown?

King Baseda: Yes, we have evolved, now you will hear quality songs. The only good musicians we had back then was Ezekiel Umoh who didn’t produce his songs in the state, he produced at Genesis found in Abia State, Tabansi and the likes. Those were the places they mostly went to for their productions. Those people had quality sound engineers, gears and experience. But with time things have changed, we now have quality producers, quality artists, top gears that can compete with globally.

What we lack now is sponsors and promotions for the industry, to create a platform for artists to perform.

Gospotainment: How do you manage family and work?

King Baseda: I create time to spend with my family. God gave me a wife who is into music and understands. She knows I sometimes have to spend the night working on a song so as to release it on time. She understands I am not here for pleasure or fun, I am here for work. But I always create time for family.

Gospotainment: Apart from being a music producer, do you do anything else?

King Baseda: I am an E-commerce agent. For instance, I can promote your business and push your brand for more visibility to the required audience. I did the course during the lockdown period, but now I’m trying to do software testing and more things that are IT related. Because now most things are becoming virtual.

Gospotainment: What are some of the challenges you face?

King Baseda: Normally music has a whole lot of challenges, like on the pricing side, people not wanting to pay well because they feel it’s the computer that does all the magic. The location, the industry is still trying to evolve in Akwa Ibom.

We should have a time where people will relocate to come work producers in Akwa Ibom. But here everybody is just looking for opportunities. They use the excuse that they want to showcase you. But I believe we will get there soon, we have an entertainment industry that is not yet thriving but it is growing.

Gospotainment: Tell us one of the things people don’t know about you?

King Baseda: A lot of people don’t know I play football and billiards (Snooker). Some people don’t also know that I have studied accounting, and perhaps they don’t know that I am a very loving father, also the comedy part of me some people ask me why I don’t become a comedian? (he laughs)…

Gospotainment: What do you want to say to your fans?

King Baseda: I want to wish my artists and fans a Merry Christmas and Happy New Year. 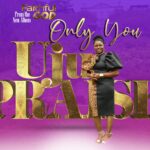 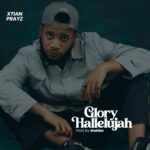