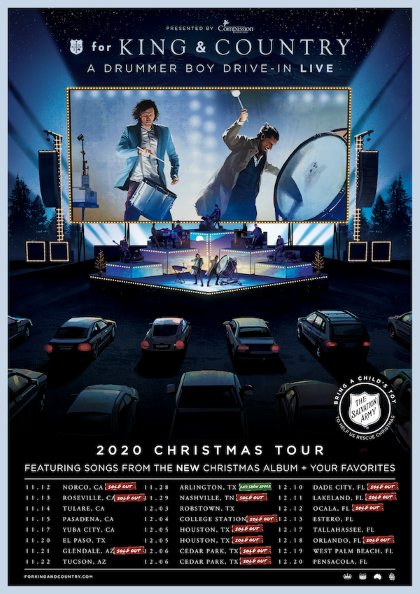 The tour supports The Salvation Army along with their Rescue Christmas initiative, and will see for KING & COUNTRY performing safe, socially distanced concerts under the stars.

Concertgoers can bring new, unwrapped toys that will be collected by representatives from the local Salvation Army and distributed to families struggling during the holiday season.

Joel and Luke Smallbone – the brothers that make up For KING & COUNTRY – took to Facebook to discuss the personal connection of giving back during the holiday season, and what it means to partner with The Salvation Army.

The tour has produced FOURTEEN SOLD OUT shows thus far, forcing the band to book additional shows at venues like Globe Life Field in Arlington, Texas due to popular demand.

For tickets and more information on A DRUMMER BOY DRIVE-IN, visit online.

Joel and Luke are enjoying a great start to the holiday season. For KING & COUNTRY is featured on Amazon Music’s Holiday Originals playlist, contributing an exclusive version of the Christmas standard “Do You Hear What I Hear” and the duo is currently featured on billboards in New York City and Nashville, TN.

Last month, for KING & COUNTRY was nominated for an American Music Award in the Favorite Artist – Contemporary Inspirational category. 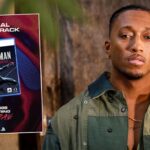 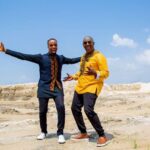