Next Friday, the first-ever “theatrical worship experience” about Australian megachurch band Hillsong United hits theaters, and promises to inspire, encourage and uplift viewers of all ages.

“Hillsong – Let Hope Rise”, directed by John Michael Warren, documents the incredible rise of Billboard award-winning Australian worship band, Hillsong United, which began in Sydney in 1998. While it originally started as a pastime for youth at church, Hillsong United has since grown into a global sensation; an estimated 50 million people around the world sing their songs every Sunday.

The band is led by Joel Houston, the son of Hillsong founders and pastors Brian and Bobbie Houston, and all 11 band members are either volunteers or employees of the internationally recognized church.

Speaking in an exclusive interview just ahead the film’s release, Houston, 36, shared how despite growing up a pastor’s son, he never expected to front the world’s leading worship band.

“I grew up a pastor’s kid looking for an excuse, honestly, to kind of run away from the pressure of being a pastor’s kid,” he recalled. “So, I had ideas about what I was going to do, and it was funny, because God has a funny way of taking all the things you say you’re never going to do and I think He has a sense of humor, He says, ‘Watch how I’m going to make this work,’ and just one by one crosses them off. When that happens, that means when you get there…it helps you appreciate it in a different way, because you get to experience God’s grace.”

Last year, Hillsong United scored its first-ever American Music Awards nod and in May, they won a Billboard music award in the Top Christian Artist category ahead of the release of their fourth studio album Empires. The band has sold over 17 million albums and their songs have been translated in 60 languages. Houston believes the band’s incredible success is a prime example of how God uses even the most “uncouth” of individuals for His glory.

“You don’t have to be super talented, or have it all together – God is all about using people who just make themselves available,” he said. “I think that’s the whole measure of why God wants to work with us and through us, why He wants to do what He does through people. Because he wants us to understand His personality, His character, His nature, what He’s about. And, the only way He can do that is through the revelation of grace, that none of us deserve this or have earned it, but yet God still chooses to work His message though people, and that’s a beautiful story.”

Houston, who has a young son with his wife, Esther, explained that while all of the attention and praise is certainly gratifying, the band’s purpose is far greater than industry recognition.

“All of this is great, and the movie’s great, and what we get to do is amazing and the songs are great,” he said. “But at the end of the day, the true measure of what we do is how we’re doing as people, and how’s our families, and how’s the real stuff. Because this doesn’t define who we are, it’s just the platform, a moment. The film captures a moment. But there’s a life behind all of it, and that’s the world we live in. That’s why our prayer is that it connects with people, because, take away the Instagram filters – what’s all the other stuff that’s going on? And that’s the true measure of everything.”

While “Hillsong – Let Hope Rise” examines the rise and popularity of Hillsong United, Houston said he prays that God uses the film to open the eyes of the world to the incredible story of Jesus.

“Hillsong – it’s not about the name ‘Hillsong’, it’s about the name of Jesus,” he said. “My prayer is that people see this film…and through the lens of a silly story about a bunch of people from Australia who are just trying to figure it out, and they can maybe experience God in a personal way and it helps them go, ‘Wow, maybe there’s a plan and purpose for my life that’s greater than I knew.'”

Hillsong, which is headquartered in Sydney, has churches around the world with more than 100,000 weekly attendees, including thriving congregations in New York and Los Angeles. 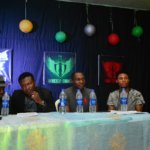 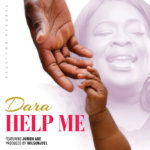