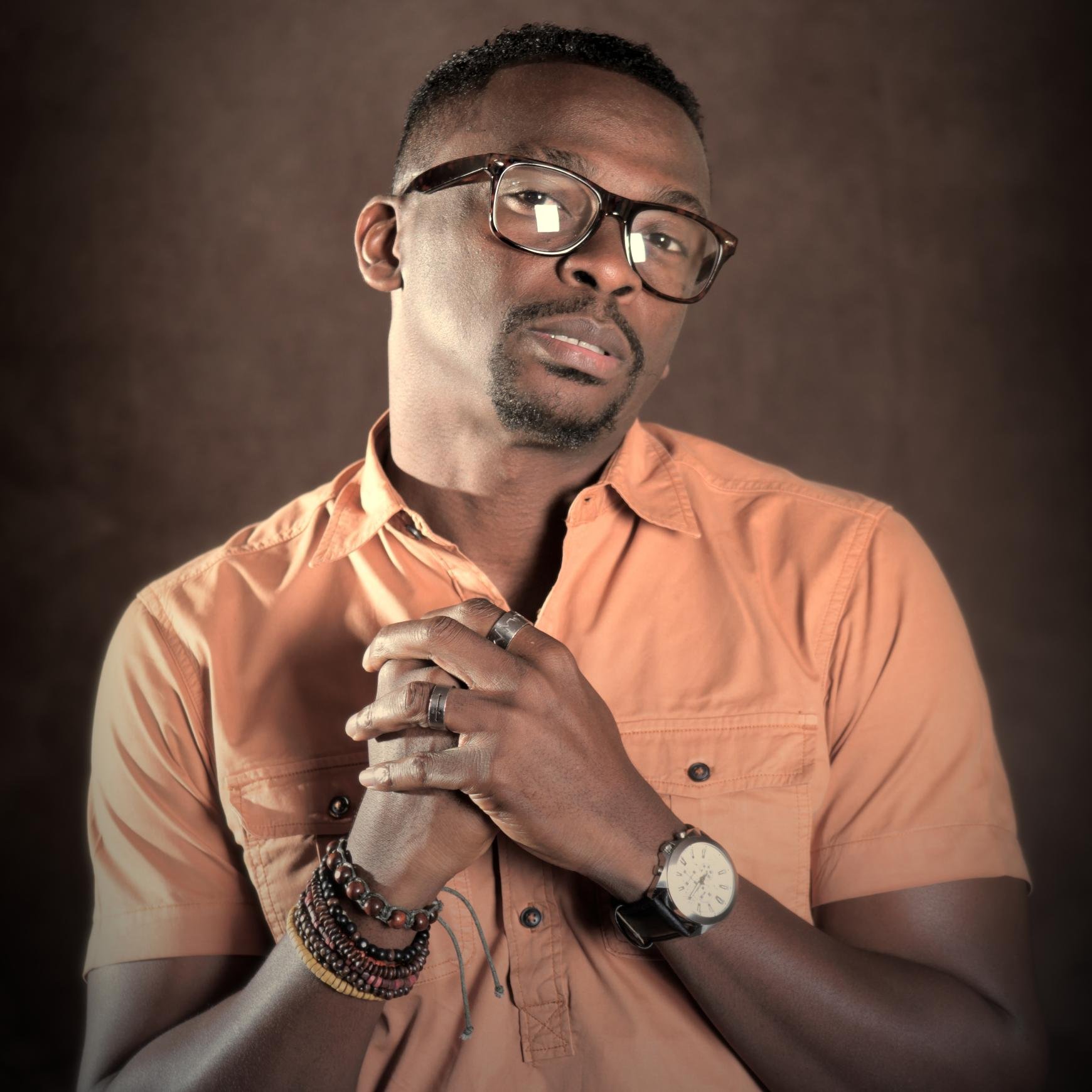 Getting ready for work early Sunday mornings can be a little bit awkward, since others are still asleep. But hey, we signed up to ‘rep’ the gospel to the fullest. Anyway, as I was leaving the house, I began to ponder on what my playlist was going to be like when I get to the studio. I had overplayed the songs I already had and was looking for something new – preferably Nigerian. So I just decided to remain cheerful as I strolled into the office that Sunday.

The regular routine of Coolfm Sunday PraiseJam went on as Dj Mordu mounted the wheels of steel. I heard a tune,  “Mordu, is that an American song” I asked? still trying to make out the song and his reply was quite shocking. Then I decided to settle down to listen to the song. ‘’Wooooow!’’ I screamed. And various questions came out of my mouth all at once. An excited me just wanted to know the genius behind the great song which didn’t sound ‘Nigerian’ to me. When Mordu told me Florocka, I was like I have to meet this dude. So my usual journalistic self began to conduct researches because I wanted to know who was behind that great tune. I immediately got the song on my phone and it became my national anthem. Later that week, I met a couple of guys who knew someone that knew him and I said ‘’this chance shall not pass me by”.

I was able to secure a contact and when I called, I got the warmest reception at the other end of the line and when I asked if I could have him in our studio, he was disposed to the idea. We were able to secure a date for the interview and low and behold he made it. I was super excited and grateful to God and I decided to really find out who Florocka is. After the interview, I decided to conduct a Twinterview with him. ‘Twinterview’ you might ask? Nothing much, Just a Twitter Interview. So let’s read who Florocka really is and how he came about the hit single TWALE. Enjoy!!!

Jaibikay: Tell us when you were born, Educational history, state of origin, family, etc.

Florocka: FLOROCKA was born in the early 70’s. Schooled at Command Children School Army Barracks, then Command Secondary School Jos. FLOROCKA was born in Portharcourt, Rivers; Grew up in a family of levites. Lost my Dad at the age of 6 (sobs); The only male in siblings of 3.

Jaibikay: Tell us about your journey into music! How it all began

Florocka: My passion for music is practically ‘insatiable!’ Music started for me in the early 90’s. About ’94 during the snoop dogg era! I read Law at Ogun State University (now Olabisi Onabanjo), and during my study of Law Music stole my heart -COMPLETELY! I longed to pursue my dreams of Music Production but I knew I’d suffer a backlash in future if I didn’t see my Law through.

During my Uni days I was part of several musical groups. As at then I attended the ‘C & S Ayo ni o’ on Apapa Oshodi Expressway. I had a PSR 630 keyboard then which i used to practice music constantly. I played more music than i read my law books! Lol.  I had an extra year eventually (speak about the price to pay for your dreams) coupled with tons of ASUU strikes.

Jaibikay: So after the hurdles you scaled through at OSU, what happened after you graduated?

Florocka:  I worked in quite a no of studios in Lagos with various artists during this time. The likes of Plantation Boiz, DBanj; DBanj then was recording ‘Love Songs’ as singles. I produced his initial tracks. I had to go through with the perx of Law School! The moment i was called to bar, I took off my Legal hat and hunted MUSIC!  I decided to further my Audio Engineering Studies and so I proceeded to SAE Institute UK. Afterwards I relocated to Nigeria. Music became the very AIR i breathe. I poured all my funds into it. Spend thousands & millions acquiring my gear. I spent my life savings on my profession because I believed in my gift which i had turned into a SKILL.

Jaibikay: How was growing up for you like especially the fact that you lost your dad at a tender age?

Florocka: I felt quite inadequate for a huge number of years. The absence of a Father brings unbalance in any one’s life. . I found God and that brought a’re-definition’ to my life. I have had all sorts of men wanting to play Father and Mentor, even in church. A lot of them simply used me selfishly.

Jaibikay: So tell us about how the hit song TWALE came into existence?

Florocka: I’ve been blessed with the gift of Songwriting. Writing TWALE ironically came whilst I was having my dose of Lagos traffic. I watched as the ‘area boys’ would hail each car just to get a ‘tip’ & i wondered to myself how these guys would praise God. The word TWALE wasn’t created by me. It’s Lagos ‘slang’. I then imagined myself praising God as an ‘area boy’. I started fumbling with the idea of using the word in a chorus. I usually write in a ‘story-line’ pattern. That was it. I got to the studio and decided I was going to give the song a ‘WORLD’ appeal without the ‘intent’ of ‘commercialism’.  I’m quite an ethnic man when it comes to innate expressions. Hence my use of ‘yoruba’ in most of my songs. At the same time i combined the perception of WORSHIP from the angle of CREATION. Hence the use of various synonyms in the song. I’ve come to realize that as a Minister of God – to fully express that on your inside, you need the WORD and REVELATION.

Jaibikay: How long have you been a producer?

Florocka: I’ve been a producer for about 20 years.

Jaibikay: Who are the artists you been opportuned to work with as per producing for them?

Florocka: I’ve worked with quite a no of Artists. Peeps like Shalamar, Tosin Martins, Onos, Mike Aremu, Midnight Crew, House on the Rock, Cohbams Asuquo, Sammy Okposo etc. Quite a number of peeps. Some i don’t recall.

Jaibikay: When did you make the decision to be fully involved in production of gospel music?

Florocka: I made that ‘life changing decision’ in 2000; Trust me, there was a price tag on that decision! I had read Ecclesiastes 12:1. I had a rethink about my works after that scripture. I didn’t want a ‘CHRISTLESS’ history.

Jaibikay: What was the ‘price tag’ for making that decision?

Florocka: After making that decision, i had no clients for a WHOLE year. 2ndly Gospel Artists are not the most ‘paying clients’ However, i realized that ‘it’s not the ‘payings’ of the artists that MAKETH RICH’. That has kept my priorities at bay. I have quite some issues working with some gospel artists as their ‘mentality’ towards their ‘offering’ when it comes to their quality of work(s). They don’t add value to the quality of their works. A HUGE no of Gospel artists are guilty of this and it’s quite sad. Very sad. You can’t desire the platform without ‘paying the price’ in all its ramifications. Some say ‘FLO its easy for you because you write & produce all your songs’. HELLO!!! When i was paying my dues, where were YOU? I view songs like the offering brought forward by CAIN and ABEL. That’s the only perspective that counts

Jaibikay: Moving on, what else do you do apart from music?

Florocka: Presently working towards a degree in cinematology this year; I’m into photography and cinematology

Jaibikay:  How many albums do you have to your credit?

Florcoka: Currently I have three. #Another Christmas According to FLOROCKA, #The OverFLO and #Sanctioned. My next album – The Worship Sessions (CD 1 & 2) are due for release for Easter 2014. A total of 30 songs.

Florocka: FLOspeaks is one of my many expressions. It reflects my perspective on life after my digest of the WORD & Meditation. It was never planned. I have journals where i store my thoughts & revelations received as I pan through life.

Jaibikay: And finally!!!!! Any last words

Florocka: This is a tricky year for believers. Those with stuff to hide will be visited by God & brought to shame in public.

If you have ‘varying’ perspectives to the TRUTH, don’t expect FLOROCKA to be a friend of yours.

And finally – Reverence & acknowledge God in ALL your ways and strive to DIE EMPTY.

There you have it; exactly in his words as I culled it from my Twinterview with him.  The story of the Hit song Twale and also a little bit information about the author. I hope you enjoy every bit of it.  See you next time as I prepare to Twinterview another great man of God. 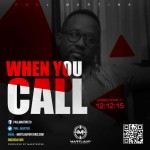 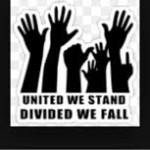