When my dad called me and asked me to go get him cigarette for his guest on that day, I felt completely lost, thinking, is smoking a Sin?. I was torn between obeying him as my father and standing for my belief as a Christian. As far as I knew, smoking was a Sin. If I help someone to get Cigarettes, won’t that be partaking of the person’s sin? Why would he send me on such an errand?

I thought of sending someone else to run the errand for me. But that would mean passing on my sin to another which was sin in itself by my own estimation. I was far from enthused about that errand and I sincerely wished he had not called me for it. Was he testing me? I had just become a Christian. He knew that, didn’t he? How could he have missed that? Was I not living up to my faith as a Christian that he could not tell the difference between me and his other children who were not Christians or not Christian-like? I was because I had really become Christian Christian – if you know what I mean.
I could disobey him and dare the consequences. I had heard of young people like myself standing for their beliefs and getting punished for it. I really didn’t fear for his wrath had I disobeyed. It wasn’t as if he would have killed me or disowned me. Worst case, I would have been severely whipped, a punishment that my religious conviction would have mitigated on account of the joy promised for enduring persecution.

But no, I was not afraid of punishment. I could have disobeyed, but I did not. I kept going Slowly. Thinking, knowing that I could turn back at any time, but I went on, measuring obedience to my father against partaking in some else’s sin of smoking.

In this dilemma, I could easily pick out passages of scripture that advocated obedience to my father, but I could not make out one that identified smoking as Sin other than that it was branded sinful by Christians. Who was I to say it wasn’t sin? I had not been a Christian for so long then. What did I know? Christians around me had always called it sin. It had been identified as sin in Bible studies and Sunday schools. It had been identified as sin in the pamphlets handed out by different church bodies. Well, it must really be Sin. Moreover, I had not read the whole Bible. There must be a place there that clearly marks it out as Sin. Someday, I would get to it.

With a tortured mind, I ran the errand, albeit most unwillingly. 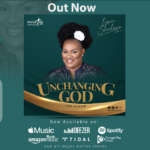 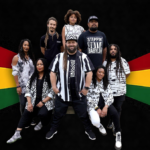