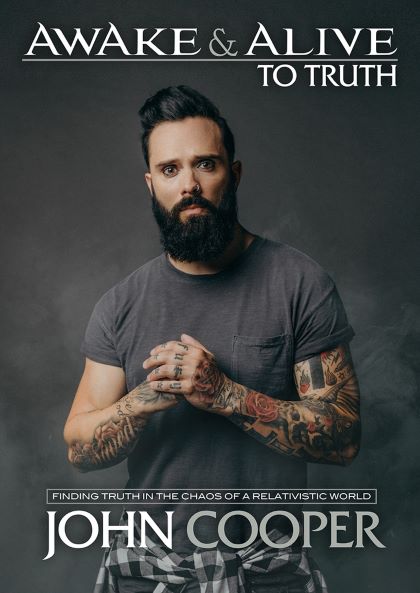 GRAMMY-nominated, multi-platinum rocker (of SKILLET) John Cooper’s debut book, Awake & Alive to Truth (Finding Truth in the Chaos of a Relativistic World), officially sold out its first print run on release day and a second print run is shipping out today.

Rebelling against relativism in bold fashion, the self-published Awake & Alive to Truth (Finding Truth in the Chaos of a Relativistic World) can be ordered now by clicking here.

In follow-up to his late August appearance when riots broke out in his hometown of Kenosha, WI following the Jacob Blake shooting, Cooper will once again appear on FOX & Friends this Saturday, December 12th to discuss the book.

In the fall of 2019, Cooper launched his Cooper Stuff Podcast following the chain reaction to a popular post he titled “What In God’s Name is Happening in Christianity?” dealing with faith leaders and ‘influencers’ falling away from their faith.

Since then, Cooper has taken hot-button issues head-on, and gained an ever-growing audience. This Monday, Cooper will welcome a rare guest, country star John Rich. Rich and Cooper spoke candidly about the state of Christianity in America and more.

Capturing the best about the holiday season, Cooper will join Compassion International tonight, December 11 at 7pm CST for their 12 Days of Christmas Livestream Series where he will be sharing personal stories, taking us on a tour of his Marvel/DC life-size memorabilia collection, a tutorial on furniture building, and a live Q&A.

In anticipation for the event Cooper challenged his fans to help Skillet sponsor a village of 100 Compassion kids in Uganda, and happily exceeded his goal with almost 150 child sponsorships. 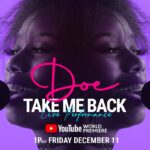 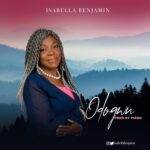