1. North Korea and Cuba are the only places you can’t buy Coca-Cola.

No matter where you go, it’s comforting to know you can always enjoy a Coca-Cola. Well, almost anywhere. While this fizzy drink is sold practically everywhere, it still hasn’t (officially) made its way to North Korea or Cuba, according to the BBC. That’s because these countries are under long-term U.S. trade embargoes.

However, some folks say you might be able to snag a sip of the stuff if you try hard enough (although it’ll typically be a lot more expensive than what you would pay in the states—and probably imported from a neighboring country such as Mexico or China).

2. The entire world’s population could fit inside Los Angeles.

The world’s total population is more than 7.5 billion. And obviously, that number sounds huge. However, it might feel a little more manageable once you learn that if every single one of those people stood shoulder-to-shoulder, they could all fit within the 500 square miles of Los Angeles, according to National Geographic.

3. There are more twins now than ever before.

Scientists believe this trend is due to the fact that older women tend to have more twins, and women are choosing to start families later. Fertility treatments such as in-vitro fertilization likely also play a role.

4. There are more than 24 time zones around the world.

If the Earth’s time zones were each one hour apart, then we would have 24 times zones, which sounds pretty straightforward. However, the situation is a little more complicated than that. Since many time zones only differ by 30 or 45 minutes, they don’t fit into a neat and tidy 24 hour span, which means that there are more than 24, though it’s hard to say exactly how many.

Soccer—or football, depending on who you ask—is the most popular sport around the world. That’s why when the FIFA World Cup games took place in both 2010 and 2014, nearly half of the world’s population (around 3.2 billion people) tuned in to see who would win.

Quotes of the day:

If there is no price to be paid, it is also not of value.
– Albert Einstein

Insanity: doing the same thing over and over again and expecting different results.
– Albert Einstein

We seldom realize, for example that our most private thoughts and emotions are not actually our own. For we think in terms of languages and images which we did not invent, but which were given to us by our society.
– Alan Watts

Chess masters know that to win you have to avoid losing. The first thing they do after an opponent make a moves isn’t to think about strategy or winning but rather to ask them self: what’s the threat? Avoid stupidity before seeking brilliance.
– Shane Parrish

There are two ways of spreading light- to be candle, or the mirror that reflects it.
– Chetan Bhagat

Here are my favorite inspirational quotes about life:

1) “The best way to get started is to quit talking and begin doing.” – Walt Disney

This straight-to-business quote comes from the man who created the happiest place on earth – and a multibillion-dollar empire. Click here to tweet this inspirational quote.

3) “Don’t let yesterday take up too much of today.” – Will Rogers

Will Rogers was an American actor, cowboy, columnist and social commentator who believed in keeping forward momentum. Click here to tweet this quote.

4) “You learn more from failure than from success. Don’t let it stop you. Failure builds character.” – Unknown

When you replace ‘lose’ with ‘learn’ in your vocabulary, the thought of failure becomes less daunting and lets you focus on growth. Click here to tweet this.

Click the link button below to sign up for my daily quotes email that includes many more of my most popular inspirational quotes, delivered to your inbox daily. It will empower and motivate you to take action, create success, and enjoy life – no matter how tough it gets.

6) “If you are working on something that you really care about, you don’t have to be pushed. The vision pulls you.” – Steve Jobs

Steve Jobs truly captured some of the wisdom of life in this statement. Do that which you are passionate about and your work will feel effortless.

7) “People who are crazy enough to think they can change the world, are the ones who do.” – Rob Siltanen

I believe this is one of the best quotes to live by because it reminds me to think without limits and never doubt my wildest thoughts.

8) “Failure will never overtake me if my determination to succeed is strong enough.” – Og Mandino

There’s a special place in my heart for these inspirational words. They remind me of my unwavering determination to become a motivational speaker.

9) “Entrepreneurs are great at dealing with uncertainty and also very good at minimizing risk. That’s the classic entrepreneur.” – Mohnish Pabrai

This line always puts a smile on my face because it alludes to the excitement of not knowing what to expect but seeing a possible life-changing outcome.

10) “We may encounter many defeats but we must not be defeated.” – Maya Angelou

Maya Angelou was one of the top civil rights activists and embraced a spirit of positive thinking and sheer determination. 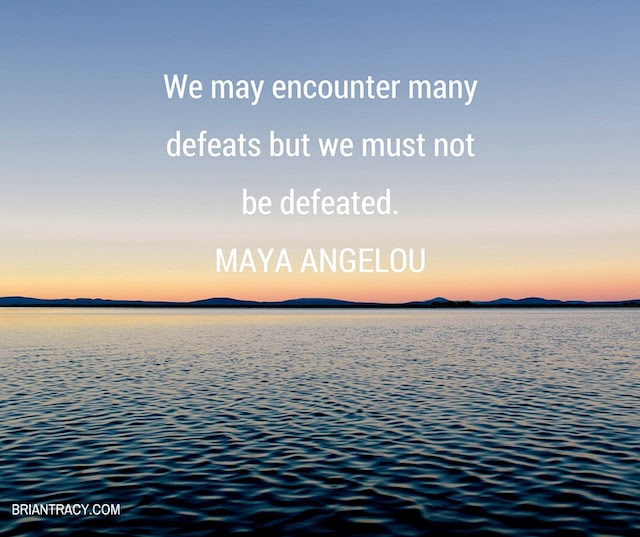 Exercising regularly has wide-ranging physical, emotional and social health benefits. You need to exercise safely to remain healthy and injury-free. If it’s safe and painless, you’re more likely to stick to it! Safety is about using common sense, understanding basic techniques and listening to your body.

See your doctor for a check-up before embarking on a physical activity program. Your doctor, physiotherapist or local sporting club can offer you tips about staying safe while exercising.

Here are some tips to stay safe and injury-free:

Gospotainment is proving very popular but we are always striving to improve the experience for you.

Concerning MONDAY’S GOSPOTAINMENT BREAKFAST GIST, If you have any suggestions for inclusion please leave a comment below.