After a long week of work and stress, the weekend does not come any sooner for us to relax and kickback. what better way than with some awesome movies that would entertain, educate as well as build our spirit. So pick one or all of the movies below.’
SILENCE
Martin Scorsese’s SILENCE tells the story of two Christian missionaries (Andrew Garfield and Adam Driver) who face the ultimate test of faith when they travel to Japan in search of their missing mentor (Liam Neeson) – at a time when Christianity was outlawed and their presence forbidden. The celebrated director’s 28-year journey to bring Shusaku Endo’s 1966 acclaimed novel to life will be in theaters this Christmas.

The epic story of Judah Ben-Hur, a prince falsely accused of treason by his adopted brother Messala, an officer in the Roman army. Stripped of his title, separated from his family and the woman he loves, Judah is forced into slavery. After years at sea, Judah returns to his homeland to seek revenge, but an encounter with Jesus leads him to the Crucifixion, where he discovers forgiveness and finds redemption.

HACKSAW RIDGE is the extraordinary true story of Desmond Doss [Andrew Garfield] who, in Okinawa during the bloodiest battle of WWII, saved 75 men without firing or carrying a gun. He was the only American soldier in WWII to fight on the front lines without a weapon, as he believed that while the war was justified, killing was nevertheless wrong. As an army medic, he single-handedly evacuated the wounded from behind enemy lines, braved fire while tending to soldiers and was wounded by a grenade and hit by snipers. Doss was the first conscientious objector to ever earn the Congressional Medal of Honor.
More

I’m sure any of these would add to the excitement. 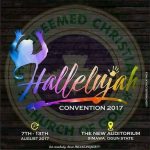 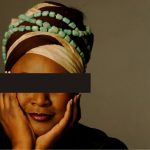