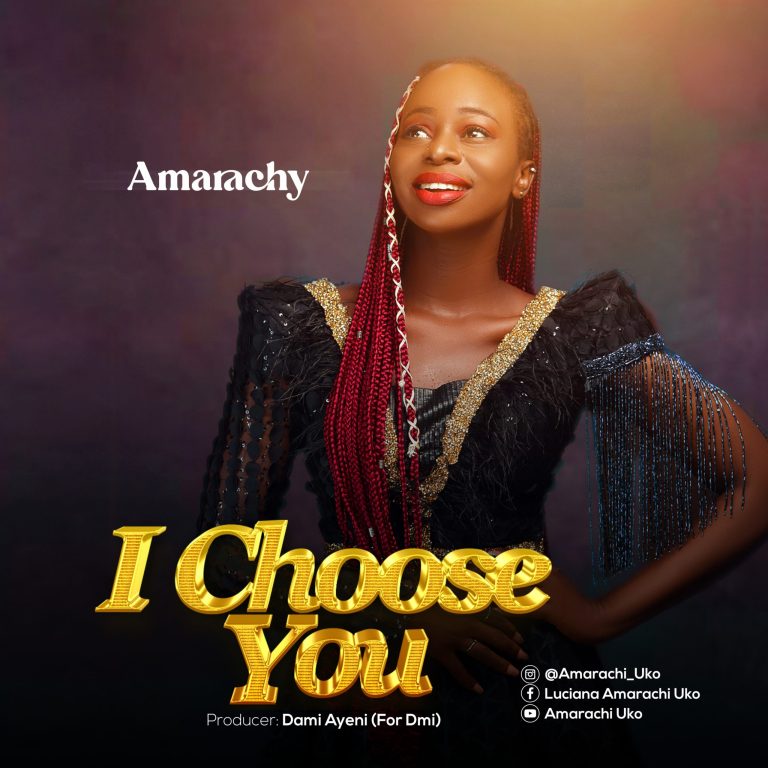 Almost a year after being crowned winner of Sparkle Talent Hunt (Season One) powered by Diadem Multimedia International, Amarachy (real name – Amarachi Luciana Uko) reminds the world of her rare gift and anointing with her debut single titled “I Choose You” – a beautiful and sweet-sounding tune.

Produced by music maestro, Dami Ayeni (for DMI), “I Choose You” is one song you’ll certainly love on the first listen.

Talking about the new single, Amarachy who is also a prolific songwriter says: “The song ‘I Choose You’ was written sometime in 2012 after I reflected on my life and family and the state of things as they were at the time. Though things didn’t seem like I had much to be grateful for, then the more I mused, the more I realised the love and faithfulness of Jesus Christ in my life. This song is an expression of my profound desire to personally know Him more and His ways.”

Amarachi Luciana Uko professionally Amarachy is a Nigerian singer and songwriter, born into the family of Mr & Mrs Uko Ukah on June 23rd, 1993. She began singing at an early age with the children’s choir (GOP) of her local church under the guidance of her then Choir Master, Joseph Emmanuel.

She won the Pure Unity Talent Hunt in 2012 and much later began working with Larry Clement, currently her Manager and Music Director.

Amarachy participated in the maiden edition of The Sparkle Talent Hunt powered by Diadem Multimedia International and emerged winner of the great competition in 2020, bagging a Cash Prize of 300,000 Naira and a Music recording deal with Diadem Multimedia International of her latest single “I choose You” out now on all music streaming platforms. She’s a prolific singer who always dazzles her audience with her masterful performances.

CONNECT WITH AMARACHY ON SOCIAL MEDIA