Frank Edwards has, in the last few days released about three songs, each signifying different elements
of his art and craft as a music minister and this one is set to bless your soul.

We feel that this song is a hit already and will be part of the songs that will make 2017 a super duper Year. Get it now! 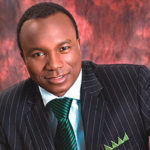