Stomp by Kirk Franklin is one of those songs that total redefined gospel music in its time. It was a totally deviation from the norm. Stomp challenged the status quo of both Christendom and christian music as at that time.

Kirk Later released the remix of the award winning song in which he featured his group then God’s property.

Kirk Dwayne Franklin  is an American gospel musician, choir director, and author. He is known for leading urban contemporary gospel choirs such as The Family, God’s Property and One Nation Crew (1NC), and has won multiple awards, including seven Grammy Awards.

Kirk Franklin studied music with Jewell Kelly and the Singing Chaparrals at Oscar Dean Wyatt High School. He was under her tutelage for music direction as she allowed him to be the pianist for the choir.

[Kirk]: For those of you that think gospel music has gone to far.
You think we got too radical with our message.
Well I got news for you , you ain’t heard nothin yet,
and if you don’t know now you know. Glory, Glory!!

[Part1:] Lately I’ve been going through some things that really got me down.
I need someone somebody to help me come and turn my life around.
I can’t explain, I can’t obtain it. Jesus your love is so, it’s so amazing.
It gets me high up to the sky, and when I think about your goodness it makes me wanna stomp.
Makes me clap my hands. Makes me wanna dance and stomp.
My brother can’t you see I got the victory. STOMP!!!

[Salt [rap]]: When I think about the goodness and fullness of God,
makes me thankful pity the hateful I’m grateful.
The Lord brought me through this far,
trying to be cute when I praise him raise him high.
I keep the live beat bumping. Keep it jumping make the Lord feel something.
Ain’t no shame in my game God’s Property. Kickin’ it wit Kirk ain’t no stoppin’ me.
UH stomp

I promise the stomp, the whole stomp, nothin but the stomp 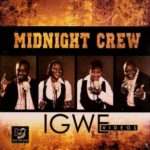