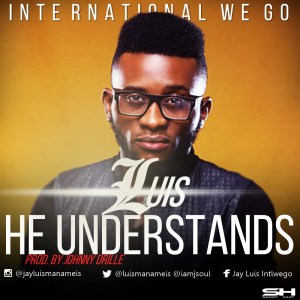 Gospel music singer LUIS has released a new single titled ”He Understands”. According to Luis, he said the song He Understands was birthed at a  gloomy time in his life when he felt like nobody else could understand what he was going through.

”It was written for everyone out there who sometimes feel like God is tired of them because they always ask for forgiveness yet they go back to their flaws. Truth is, God hasn’t given Up on you, because #HeUnderstands. He is only asking that you let Him help you overcome those addictions, flaws and situations that keeps bringing you down”

Lyrics – HE UNDERSTANDS
BY LUIS

He has got a filthy past
So doesn’t go to church
Says the church is not for those
who’ve done too many wrongs
He doesn’t even PRAY
Says “what else will I SAY”
Cause every time I ask for mercy
I go and do it AGAIN
Don’t you even know that you are the reason christ CAME ?
And if you come to him he will help you CHANGE

She’s working really hard to get by everyDAY
(Get by everyday)
Sometimes she makes bad decisions just to make that PAY (Just to make that pay)
And right after she’s done she finds it hard to PRAY
She Says she feels too dirty not worthy to call his NAME
(Woo woo)
Don’t you even know that christ died just for you ?
(Woo woo)
And if you come to him he will wash you CLEAN

Oh ohh..
This is not the song for you to dwell in SIN
(woo woo)
This is just the song to bring you out of SIN
(wOo woo)
But if you ever fall don’t you run from HIM
(woo woo)
Cause all of those wrongs
can’t stop the father’s love…

Because he understands
He Understands ah..
He is not a man ah … 10 x 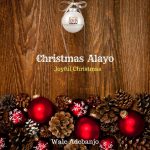