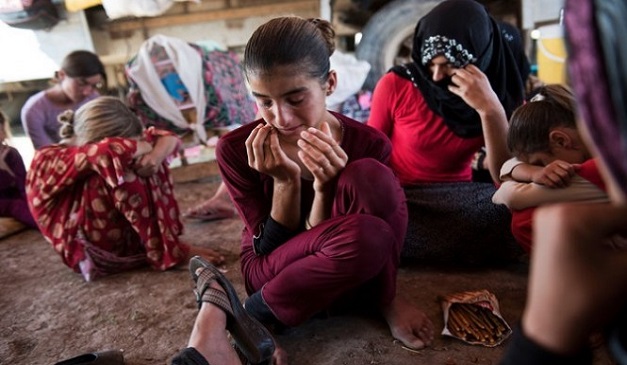 Over the past two years, thousands of Yazidi and Christian women in the Middle East have experienced extreme brutality at the hands of Islamic State militants, prompting US Secretary of State John Kerry to class such atrocities as ”genocide.” Photo Credit: Reuters

Matthew 5:10 “Blessed are those who are persecuted because of righteousness, for theirs is the kingdom of heaven.”

The daughter of a Muslim ruler in the Middle East who embraced Christianity after a miraculous encounter with Jesus Christ has been imprisoned for her faith, according to a local ministry.

Evangelist Paul Siniraj, founder of Bibles For Mideast, an undercover Bible smuggling ministry that gets the Word of God into some of the most repressive Muslim countries, shared the story of 16-year-old Najima, once a devout Muslim who followed the Five Pillars of Islam, never missed the required five-times-a-day prayers, gave to the poor, and even fasted, as Islamic law requires.

However, while studying at a Western university, she noticed a small piece of paper stuck in a crease at the table at which she was sitting. It was part of a Bible tract about Jesus Christ.

It read: “For God hath made him to be sin for us, who knew no sin; that we might be made the righteousness of God in him” (2 Corinthians 5:21).

She thought it was strange and asked herself, “How can Jesus be sin for us?”

The young woman threw the tract in the trash can, thinking that would be the end of it, but the verse kept lingering in her mind. One night, while Najima lay awake pondering the verse, a presence came into the room, filling the room with blinding light.

A voice spoke, saying, “Daughter, you’re a sinner. There is none righteous, no, not one: All are gone out of the way, they are together become unprofitable; But I came to take all of your sins. I did ransom for many. Believe me and accept me. I give you eternal life”.

Najma knew the voice was that of Jesus Christ, prompting her to kneel to the ground and confess him as her Lord and Savior.

Filled with joy, the young woman told her friends and family about her newfound faith. However, her father and brothers were filled with rage and stripped her naked and bound her to a chair fixed to a metal plate with which they wanted to electrocute her. She asked them to lay a Bible in her lap.

Her father responded, “If you want to die together with your false religion, so be it.”

“That will show that your religion is powerless,” one of her brothers added.

Siniraj revealed that while bound, Najima was able to touch a corner of the Bible, and felt an overwhelming peace, as if Jesus was standing beside her. Her father and brothers pushed the plug into the socket, but miraculously, nothing happened.

They tried four times with various cables but still nothing happened. Livid, Najima’s father hit her and cried, “You are no longer my daughter.” He then threw her into the streets, naked and cold.

Humiliated but refusing to renounce her faith, Najima found refuge in a friend’s house. The report reveals that the next day, her friend asked neighbors what they had thought when they saw a girl running naked through the streets.

“What are you talking about?” they responded.

“We saw a girl was running with a wonderful white dress like angels. We asked ourselves why someone so beautifully clothed had to run through the streets.”

Pastor Siniraj said that Najima remains under house arrest, and is need of prayer; because of her conversion, the Muslim ruler under whom she lives banned all religious activities in the area that don’t strictly follow Islam.

Authorities have searched people’s property for evidence of Christianity, imprisoning anyone who is found in possession of a cross or icon. However, Pastor Siniraj said his ministry will continue to spread the Gospel:

“Planets are rotating themselves as well as go around the sun in a path. We adopt this method for the ministries of Bibles for Mideast,” he said. “Often we change our location and work fields to different areas in an order…We worship and adore Jesus Christ, the King of kings and the Lord of lords.”

“We wish and pray to distribute minimum 100,000 Bibles this year. At least 50,000 Arabic Bibles and 50,000 Bibles in other languages. It is our target for this year,” he said. “Once in a week as well as three days in a month we are fasting with prayers to achieve our target by God’s grace.”

Najima’s conversion story is just one of many to emerge out of the Middle East and Africa, where Muslim extremist groups rule with an iron fist. Christians and minorities are subject to harsh persecution, and many of them are killed by stoning, beheading, hanging, and other violent means.

However, despite such persecution, a ministry leader in the Kurdish Region of Iraq told the Christian Aid Mission that there is currently a “spiritual hunger” that is “unprecedented” among Muslims. He added that his organization can barely keep up with the desire of refugees to learn about Christ and the Bible, which has grown increasingly strong since ISIS overtook many parts of the region.

“They’re just sick of Islam,” he said. “People are very hungry to know about Christ, especially when they hear about miracles, healing, mercy and love.” 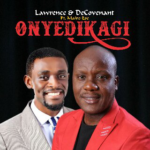