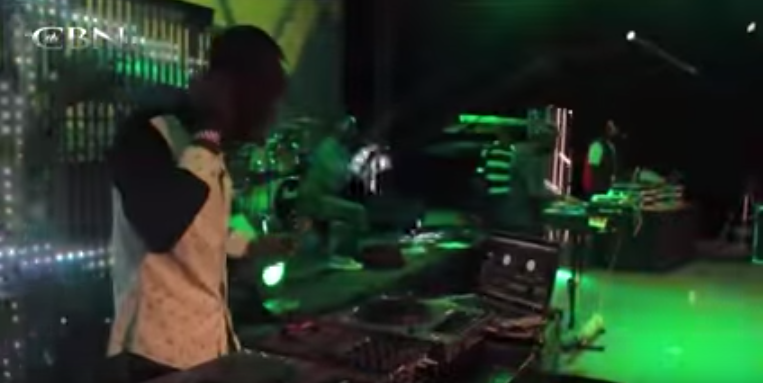 NAIROBI, Kenya — They may just look like a bunch of kids dancing and singing around the city streets of Africa. You can even spot them performing throughout the world’s largest slums.

But sweeping airwaves and the streets, Kubamba, better known as “K-Krew,” is a group of DJs and dancers collaborating to reach Africa’s culture through music and dance.

Through writing, producing, and performing all of their own music, K-Krew has figured out a formula for getting the attention of Africa’s youth.

NAIROBI, Kenya — They may just look like a bunch of kids dancing and singing around the city streets of Africa. You can even spot them performing throughout the world’s largest slums.

But sweeping airwaves and the streets, Kubamba, better known as “K-Krew,” is a group of DJs and dancers collaborating to reach Africa’s culture through music and dance.

Which is exactly what K-Krew has done. Their reach has spread even more since companies like Coca-Cola Kenya began sponsoring their jam-packed performances. People don’t stay in their seats long as they jam out with their dancing shoes on.

Song and dance artist known as “Timeless Noel” is the group’s lead choreographer.

“I was in the secular industry and one of the most famous dancers in Kenya. I used to go clubbing, perform with some of Africa’s largest mainstream stars. But then I gave my life to Christ,” he said.

With the variety of DJs in K-Krew producing different styles of music — like Afro-fusion, Zook, Lingala, electronic, and hip hop — their outreaches are all united by one thing: dance.

“Dance is the ultimate fun expression here in Africa. If there’s a wedding, there’s dancing. Even if a president comes to Africa there is dancing. We have to use dancing as a tool in what we do,” Timeless Noel said.

Currently, 73 percent of Africans are under the age of 30 years old.

“In order to reach the kingdom, we realize we need to hit this massive population,” DJ Moz said.

With music and dance as their tool of influence, they’ve designed multiple platforms to get their message out.

A major part of their outreach includes a seven-hour television program, airing on Sunday’s called “Rauka.” The show hosts talk about music trends and topics on faith and culture with live audience interaction throughout the program. The show airs on Citizen TV Kenya, reaching more 1 million viewers weekly.

Studio to the Slums

Many of the DJs in K-Krew were raised in Africa’s slums and they often return home to perform. Ranging from Dandora to the Kibera Slum — the largest in sub-Sahara Africa — they use music as a positive community force.

K-Krew sets up in the heart of these slums, performing and preaching at random to draw curiosity. By the end of the day, their outreaches have thousands standing with hands in the air, hearing messages of hope.

K-Krew also takes their ministry to the schools. Beginning with dance and ending with a “word of the day.” They have also formed relationships with school districts to hold outreaches on campus and help with the different struggles the youth face today.

“Self esteem, drugs, loss of parents, peer pressure, for us those are the challenges we are trying to fight,” Joanne Odi, K-Krew Missions Coordinator, told CBN News.

As Gospel music stand as the number one form of entertainment in Kenya, K-Krew is undoubtably leading the way. They’re currently expanding to acquire their own radio station, supported by their U.S. partners Reach Youth Global.

As their ministry rapidly grows, they’re keeping the message of Jesus traditional, but presenting it in an unconventional way.