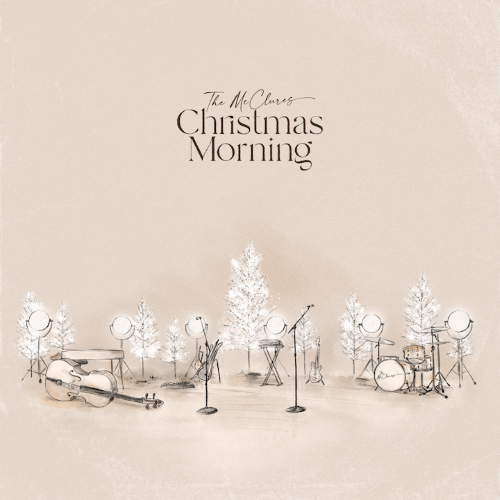 It will be available November 13. Produced by David Whitworth, the six-track collection features five original selections co-penned by The McClures, as well as a new arrangement of the beloved Christmas favorite “O Holy Night.”

With an organic, pop-folk sound drawing from the couple’s North Carolina roots, Christmas Morning heralds the season with joyful, expectant moments of worship.

From EP opener “Adore Him,” proclaiming the Holy mystery of Christ’s birth, death and resurrection, to “High King of Heaven/Jesus, We Love You,” combining newly-penned lyrics to the ancient hymn “Be Thou My Vision” with a reprisal of Bethel Music’s impassioned anthem “Jesus, We Love You,” the themes of Christmas Morning come together in the project’s title-cut and lead single.

A studio version of “Christmas Morning” is now available on streaming platforms.

“We chose ‘Christmas Morning’ as the title track because it encapsulates, to me, what Christmas is,”.

“It tells the story of the Gospel, of Jesus coming to earth. It tells the significance of what that means; the Father loved the world so much that He sent Jesus.

Every child’s excited for Christmas morning, and that’s what we get in relation to the Gospel as believers. Every day is Christmas morning living in the reality of Jesus and what He’s done for us.

I think this song captures what we wanted to talk about—the Rescuer coming to save us at Christmas.”

Serving as worship leaders and songwriters with Bethel Music and at Bethel Church in Redding, California, Paul and Hannah McClure have been featured on every major release for the label since 2010 with songs like “Jesus, We Love You,” “One Thing,” “Faithful to the End” and “How Great a King.”

Bethel Music is an 11-time Dove Award-winning and GRAMMY-nominated Christian worship ministry formed as an extension of Bethel Church in Redding, California. Beginning in 2001, Bethel Music has grown from a local church music ministry to a global outreach comprising a collective of songwriters, artists and musicians.

In 2019, Billboard named Bethel Music among the top record labels in Christian music.

To date Bethel Music has released 15 corporate worship albums, seven of which reached Billboard’s Top Christian Albums chart, each carrying a unique expression of worship to inspire and unite the global church.

Along with the label’s 11 Dove Awards, “This is Amazing Grace” was named ASCAP’s Christian Music Song of the Year in 2015, with Cory Asbury’s “Reckless Love” earning the same honor in 2019.

“Reckless Love” was also nominated for a 2019 GRAMMY Award and was Billboard’s fourth most popular Christian song of the decade.

In addition to touring and ministering globally, Bethel Music hosts the annual Heaven Come Conference; a one-week Bethel Music Worship Conference held on the campus of Bethel Church; and songwriting retreats in a personal setting with experienced writers. 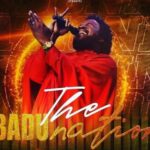 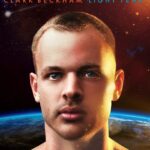