Aládé Wúrà is a Yoruba word which translates to One With The Crown Of Gold EMMANUEL (God is with us). This song reassures us of the omnipotence of our God.
Muyiwa decided to express a side of him that will catch many by surprise in the song. He fuses elements of Trap Music (a sub-genre of Hip Hop) on conventional christian instrumentation. He has always presented his style of music in an ‘out-of-the-box manner,’ fusing traditional Gospel music with World music. Muyiwa brings on board, Double MOBO award winner, Urban Rap artist, Guvna B to give Aládé Wura that scintillating Urban feel.

Speaking about the tune, Muyiwa shares:

“Those who know me know that Hip Hop, was my thing and that I was a massive UK garage head. So for me, this new song is me reaching back to what I love. Guvna B is a good younger brother of mine and one of my favourite artists. We’d never spoken about a collaboration until now. “Alade Wura” is a celebration, a coming out loud saying I love Jesus, He is on my side. We are not the minority we are the majority.”

If this is the official video of this song as stated in the YouTube page of the artiste, then we are pretty disappointed with the turn out of this visual. The video seems to be poorly planned as there where no enough origial content to make up for the song time. The video featured some many shots from previous concerts and it was obvious that the song being ministered in those concert clips are not the song the video was for. Considering the vibe and energy of the song, one would think that a proper urban catchy music video should accompany this song. And to top up on the turnoffs the Guvna B was also not featured in the video. Maybe because we expected a lot from an international artiste such as Muyiwa.

See video below, share your thoughts in the comments box. 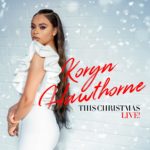 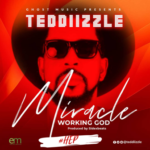