SO Inspired Magazine, one of Africa’s leading entrepreneurship and lifestyle Magazine, on Saturday 30 October, 2021 at the prestigious CCX Lagos, 273 Kofo Abayomi Street, Victoria Island hosted the second edition of its flagship event: SAG ORUME 3rillogy, a Nigeria at 61 independence festival of everything arts that comprised of a Colloquium, Concert and Awards Gala.

Several institutions, including artists, performers, creatives, entrepreneurs and international business leaders attended the event, which was conceived to create an avenue for participants to articulate diverse ways of leveraging arts as a tool and entertainment as a platform to revive Nigeria’s global image while unlocking the business opportunities in the country, particularly in key sectors like arts, media and entertainment.

The event which started with a Colloquium and played host to panellists such as Fred Allison; Media Entrepreneur and CEO Truedis Media, Tosin Martins; Artist and Entertainment Lawyer, Sammy Walsh; MTV Base VJ and Award Winning TV Presenter, and Olagundoye ‘Chopstix’ Malcom; 62nd Grammy Nominee and Record Producer, amongst other guests was moderated by Perry Martins; Media Entrepreneur and Founder of Yivera, an online music distribution and streaming platform.

The event climaxed with a Concert that featured exhilarating performances from artists such as Silver Saddih, Bone Trees, Niyo, Young Airmie, X-One, Preacherzkid amongst others and was brought to a grandiose close with SO Inspired Entrepreneur Awards which identifies, recognizes and celebrates African executive leaders whose eminent achievements inspire others to turn their dreams into reality, especially those who, under challenging circumstances, have excelled in their chosen fields and then made it a commitment to pass on their knowledge and advice to the next generation.

Amongst those honored at the event include the likes of Ikechukwu Kalu; CEO Customer Passion Point and Femi Austine; Landbrick Properties and Investment Company as Distinguished CEOs, Sage Hassan and Lydia Idakula Sobogun as Industry Champions of the Year, Chopstix as Most Inspiring Music Producer of the Year, Chris Ibe as Outstanding Charity Chief Executive of the Year. The annual recognition ceremony has previously featured prominent Africans from different walks of life, including Gbemi Shashore, Chidi Okoro, Charles Otudor, Muna Onuzo, Dr. Princess Olufemi Kayode, Fred Allison to mention a few. 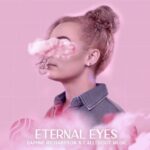 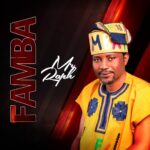