Skillet released today another new song called “You Ain’t Ready,” ahead of their expected release of Victorious on August 2nd. Click here to pre-order Victorious and listen to songs earlier published. On FOX & Friends All American Concert Stage, Skillet also appeared this morning to give live performances for a big audience. The group was amazed to see the hit single “Feel Invincible” on-air with the RIAA Platinum plaque. 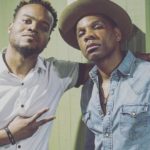 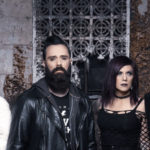