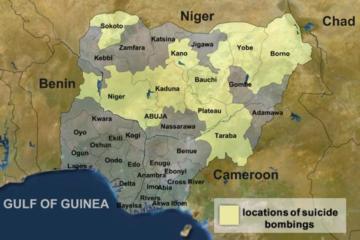 The Church in Nigeria is currently knee-deep in persecution by Islamist and other related terror groups who constantly perpetrate acts of terrorism against the Church.

This makes Nigeria highly ranked among countries facing the most persecution.

According to religious freedom watchdog Open Doors USA, , Nigeria ranks at #12 worldwide for persecution of Christians.

Islamic terrorist organization Boko Haram is the known villain in Nigeria, and justifiably so. They are among the most brutal Islamist radical terror groups in the world. They are at the forefront of terrorism against the Church in Nigeria.

In recent times, attacks by a Boko Haram splinter-group have left dozens of soldiers and civilians dead. Back in January, the group beheaded a Nigerian pastor, Pastor Lawan Andimi.

He was kidnapped from his village and forced to negotiate for his release with the government, Andimi wouldn’t break. Instead, he turned his hostage video into a stunning testimony to Christ.

Still, as bad as Boko Haram is, much of the recent bloodshed in Nigeria has been perpetrated by militant Hausa-Fulani herdsmen. This largely Muslim ethnic group specializes in night raids on Christian villages in Nigeria’s Middle Belt.

In a statement last June, Nigerian Christian leaders claimed that “over 6,000 persons—mostly children, women and the aged—[have been] maimed and killed in night raids by armed Fulani herdsmen.” They also described the “continuous abduction of under-aged Christian girls by Muslim youths” for forced marriages.

According to Open Doors, these attacks are essentially “religious cleansing,” attempts “to eradicate Christianity” from the region. According to Nigerian Christians the more appropriate word is genocide.

Clearly, genocide is what Boko Haram and the Fulani herdsmen are after in Nigeria. Nigerian president Muhammadu Buhari, however, denies this. He insisted that “false allegations of persecution of Christians” are “a most misleading campaign.”

Describing the report in Forbes, a human rights activist called for “comprehensive investigations and prosecutions” by bodies like the International Criminal Court.

She also opined that the genocides must first be acknowledged and recognized for what they are in order for comprehensive action. She said:

“The crimes must be recognized for what they are and ‘a most misleading campaign’ is not that name.”

The United States, being the leader of the United Nations, of which Nigeria is also a member, is actually in the best position to rise to action on the matter. International law regulations made regarding the issue will compel Nigeria to take definitive action in support of its Christian population.

International bodies need to work correspondingly with Nigeria to develop active policies criminalizing acts of terrorism against the Church.

If these policies can be put into action, it would be a great step in the right direction of fighting against insurgency in the country. 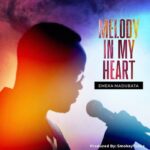 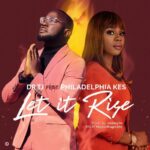