Prince, originally Prince Rogers Nelson  was born and raised in Minneapolis, Minnesota. Prince was found dead (1957 -2016)  at his home and recording studio in Minnesota on the 21st of April 2016. He was 57 years old, and the artist had become a musical legend in his own lifetime at a very early age. At this writing, no cause has been determined.

Prince made his debut in 1978 with an album known as “For You”, and put out an album every year and had some moderate success.  His music was considered controversial because he sung about sexual topics, but it wasn’t until 1982 when the album “1999” changed everything.  This was at the time when Michael Jackson was rising as the biggest artist of all time, and Prince was also becoming a sensation on his own with hits like “Little Red Corvette” and the title track of “1999”.

He then made one of the best moves of his career when he starred in the 1984 Purple Rain, and many praised him for being a music and movie star.  He was unable to follow-up with that acting success with the black-and-white Under the Cherry Moon (1986), as well as Purple Rain‘s unofficial sequel with Graffiti Bridge (1990).  He did have some big albums in the eighties with “Around the World in a Day” (1985) and “Sign ‘O’ the Times” (1987), not to mention the Batman soundtrack (1989)

Prince was always gaining a reputation for being odd, and in the early nineties, he made what many believe to be the oddest move of all.  He changed his name to a symbol that looked to be the combination of both the male and female symbols, which brought his sexuality and his sanity into question.  This led to a lot of people just referring him as “the artist formerly known as Prince” because they couldn’t type out his symbol.  The purpose of the name-change was to protest against his treatment by his label, Warner Brothers, and Prince eventually left the company after this contract expired in 1996.

As far as his religious beliefs are concerned, it is known that Prince grew up in a Seventh Day Adventist background and became a Jehovah’s Witness in 2001.  A 2008 interview with the New Yorker revealed that he compared his conversion to “a realization, like Neo in The Matrix.”

An article in 2012 of the Hallowverse stated that “Prince is all into Christianity and isn’t afraid to show it”.  This quote from him reveals some virtues that one might not expect from the man who wrote “Raspberry Beret” or “Kiss”:  “When I look at the violence, I wonder where the parents are, but also where is God in their lives? A kid is an open computer ready for programming. Some weird relationships happen, smoking too early and sex.”

Prince was known for being outstanding in his political beliefs as well.  According to Yahoo Music, he is quoted as saying:  “So here’s how it is: you’ve got the Republicans, and basically they want to live according to this.” (Gestures at a Bible.) “But there’s the problem of interpretation, and you’ve got some churches, some people, basically doing things and saying it comes from here, but it doesn’t.”

That might seem a slam on the Republicans, but Prince is also quoted as speaking his mind about the Democrats, saying:  “And then on the opposite end of the spectrum you’ve got blue, you’ve got the Democrats, and they’re, like, ‘You can do whatever you want.’ Gay marriage, whatever. But neither of them is right.”

The last comment actually got the artist criticism from gay rights groups and fans, but then he is then quoted as saying:  “God came to Earth and saw people sticking it wherever and doing it with whatever, and he just cleared it all out. He was like, ‘Enough.’ I just live according to this [referring to the Bible]”

So, it does appear that Prince had some Bible morals that he was living by during his final years on Earth.  It is undeniable that he had great influence on the world of music, and he will be remembered. 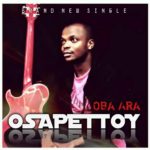 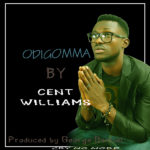