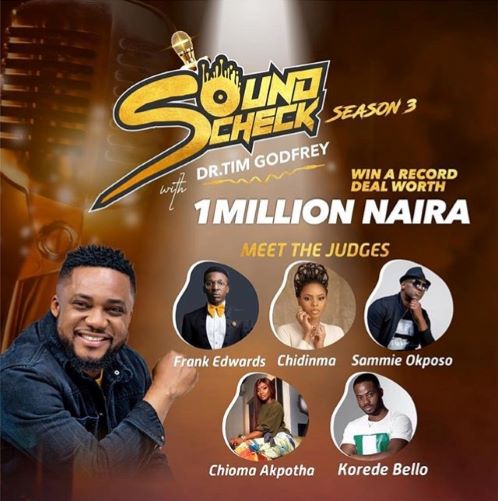 Renowned Nigerian gospel music artist, Tim Godfrey, has kicked off the third season of his talent hunt project, “Soundcheck”. This year makes it Soundcheck Season 3. The maiden edition was in 2018, with the winner, OkeyChuks, securing a cash prize to the tune of hundreds of thousands in Naira as well as a recording deal, among others. The Season 1 Crew have subsequently recorded a song with Tim Godfrey titled “Trumpet”.

The talent hunt is Tim Godfrey’s way of reaching out to young talented people in the area of music who are interested in and genuinely prepared to do everything necessary for taking their art to the next level. It has been a project involving some other notable gospel artists and stakeholders in the gospel music industry and ministry.

The second season of the Soundcheck talent hunt project was equally a major success, this time around, yielding a female winner, Praise Eddo who also received cash prizes and a recording deal with ROXNATION, the official label imprint of Tim Godfrey. She has also gone on to record a song relased under the record label.

The Soundcheck Season 3, has however taken a different turn this year as due to the lock-down instituted by the government in lieu of the COVID-19, a physically conducted competition cannot take place. to this end, Tim Godfrey has developed the idea to make it a competition conducted on his Instagram page instead.

This edition, tagged the E-edition is going to be conducted via live-stream on Tim Godfrey’s Instagram. This year’s Soundcheck has also added new features as the value of the winning prize has been scaled up to a whopping sum of 1million naira! This is courtesy of a group of Tim Godfrey’s friends who have come together to ensure that this year’s edition is an even bigger success than previous ones.

The E-edition had its participants selected by Tim Godfrey after they were given directions on how to make submissions. The process involved recording a video of prospective contestants singing a song of their choice and posting it tagging Tim Godfrey’s page and the official page created for the competition. After this process was completed, the most favorable participants were selected to be contestants in the competition.

The competition this year features Korede Bello, Chioma Chukwuka, Chidinma Ekile, Frank Edwards, and Sammie Okposo who will be facilitating the competition in different capacities as coaches and judges.

For more information regarding the Soundcheck E-edition, connect with Tim Godfrey on Instagram here . 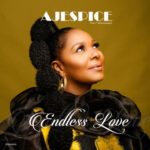 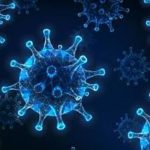