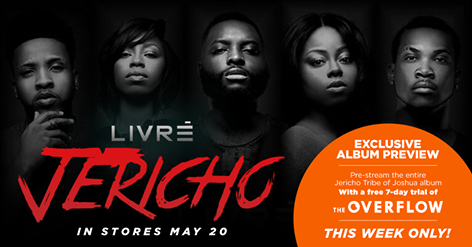 ‘LIVRE’ has been making their mark on Gospel and Christian music with an intricate balance of vocal perfection, an inventive fashion forward swag and most importantly, their steadfast zealous worship life which transcends through their music and charismatic performances.  The wait is now over for the debut album from the Bronx, NY based group of singing friends Ajanee Hambrick, Ariel Malloy, Malik Spence, Kenneth Williams and Richard Tolbert – LIVRE’.  Their highly anticipated album JERICHO: TRIBE OF JOSHUA will release Friday, May 20 and features Mali Music, Jason Nelson and A$SAP Ferg.

Since making their entry into gospel music, LIVRE’ has dominated gospel radio with four consecutive Top 30 hits: “Jericho”,  “Amazing”, “I Will Be Alright” and “Everything’s Coming Up Jesus”.  The group has also accumulated an impressive list of recent accolades including being named one of the Top 5 Artist To Watch In 2016 and Top 10 Hot New Songs In 2016 (“Jericho”) by Black Gospel.com, and named a Get Lifted: 20 Gospel Artists To Watch in 2016 by Essence.com .

For more information go to www.livreofficial.com 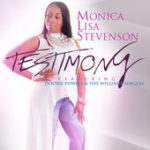