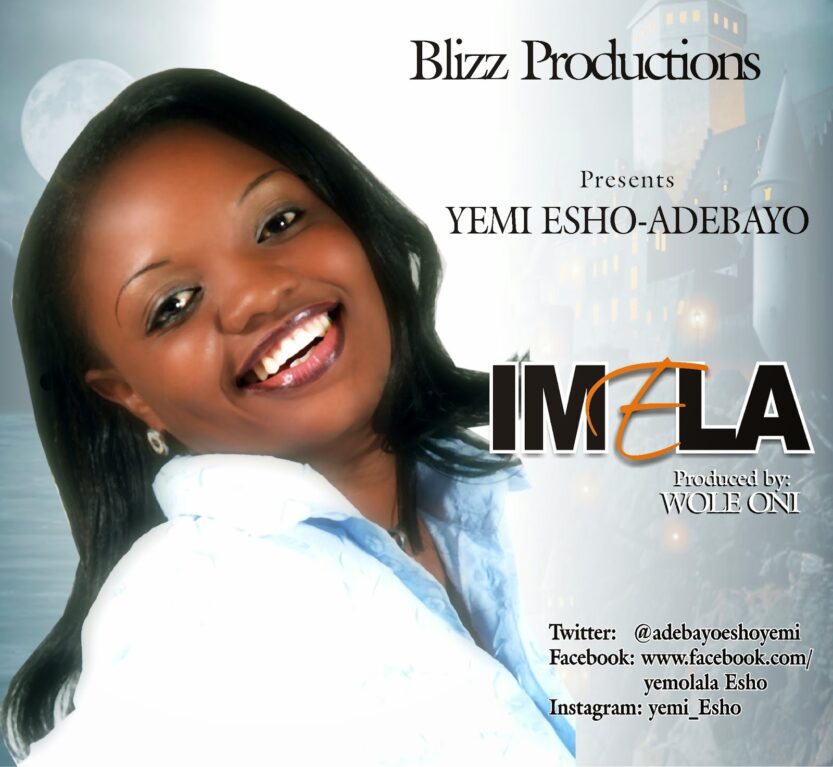 Yemi Esho-Adebayo is a gospel music singer that hails from Ondo State, Nigeria. Imela is a brand new single by Yemi Esho, a song that tells of the greatness of God titled in a local Nigerian language. This song will stir up in you a new attitude of worship.

Yemi is a BSc. holder in Economics from the Lagos State University(LASU), and worships with RCCG Central Parish Abuja. She started her musical career professionally in the year 2000 with the then compassion band in Lagos and has sung in various churches, weddings, birthday parties, house warming, government programmes, gala nights and dinner events. She sang during President Olusegun Obasanjo’s regime at the Otta chapel in Ogun State, and also sang at one of the Christmas carols at the Presidential Villa in President Goodluck Jonathan’s administration. Yemi Esho-Adebayo has ministered in various countries including South Africa, Dubai-UAE, and the United Kingdom. She is into Entertainment in full and runs an outfit that has a recording studio, modern musical equipment and an incredible band called the BLIZZ.