The fun continues on SelahTV with actual footage of award winning producer Wilson Joel making breakfast in the kitchen before proceeding to the studio to ‘cook’ some music and answer some more questions.

Wilson Joel was quizzed about his preference for Inspirational & Gospel music, minimum income of an award winning producer these days, his passion for music and lots more. He received a phone call and had to bail but not before he had to show some of his beautiful piano tricks.

This episode of Hanging Out with SelahTV was shot at Wilson Joel formal studio location, he recently moved into an even more fancier location but what has not changed however is the meal and the man serving it! We mean both in the kitchen and studio!!

“Hanging Out with SelahTV” is a celebrity profile show with attributes of Reality TV that celebrates the best of Christian Entertainment personalities. A production of Lexyville Entertainment, publishers of SelahAfrik.

Watch the video below : 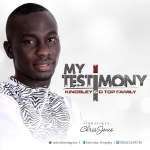 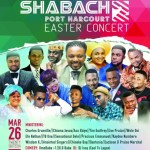