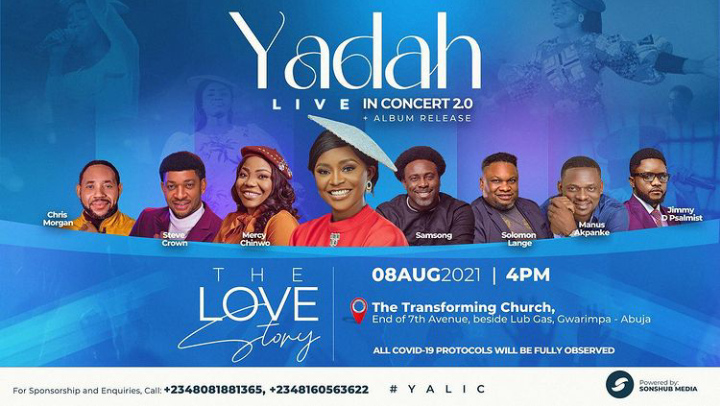 Nigerian gospel music minister & fashion designer Agaga Praise Kukerim well known as Yadah & the little girl under the management of SonsHub Media is preparing to release her debut album whose title is revealed to be THE LOVE STORY.

The album is scheduled for release August 8th of 2021 at The Transforming Church located at the end of 7th Avenue beside Lub Gas, Gwarimpa-Abuja by 4PM.

The album release date is also the scheduled date for the second edition of her yearly concert YADAH LIVE IN CONCERT which was halted last year due to COVID-19.

The fifteen track album contains some of the already released songs such as the evergreen Beyond Me, Free of Charge, Out of Nothing and Onye Inaputara the other eleven songs are new songs which in no doubt are going to bless lives.

Featured artists on the album include the legendary Solomon Lange – the Yabo crooner, Manus Akpanke and versatile South side Afro singer Prinx Emmanuel the “God No Dey Shame Us” crooner.
Artist lineup for this concert includes the likes of KJ, Thombee, Solomon Lange, Mercy Chinwo, Chris Morgan, Jimmy D Psalmist, Samsong, Steve Crown and a host of other artists.

It promises to be an exciting time in God’s presence at the concert/album launch and get set to experience God’s unwavering love via the album which is all about the undeserved LOVE of God as a father towards us all His children.

Make out time to be there if you can make it and prepare your mind to be blessed with the beautiful songs from Yadah. 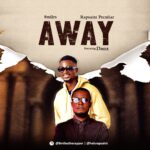