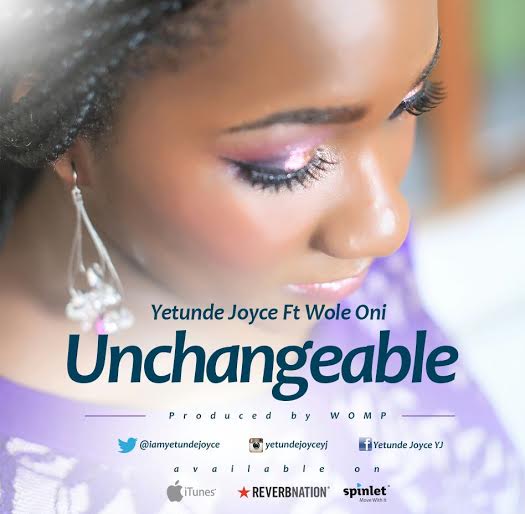 Yetunde Joyce is elated and grateful for her forthcoming album due for release in 2016. Off the album comes the upbeat Afro tune titled – Unchangeable.
Unchangeable

Produced and featuring award winning Wole Oni, “Unchangeable” is a declaration of assurance in the never changing character of the Most High. It speaks of the consistent, unvarying, reliable nature of a God that never changes.

“Unchangeable” comes as part of the tracks that makes up Yetunde Joyce’s forthcoming album, following the release of the 2014 “G.O.D” album which caused uproar in the gospel music industry with hit tracks such as “Find God”, “I Choose To Be Free” and “Lift Him High”.