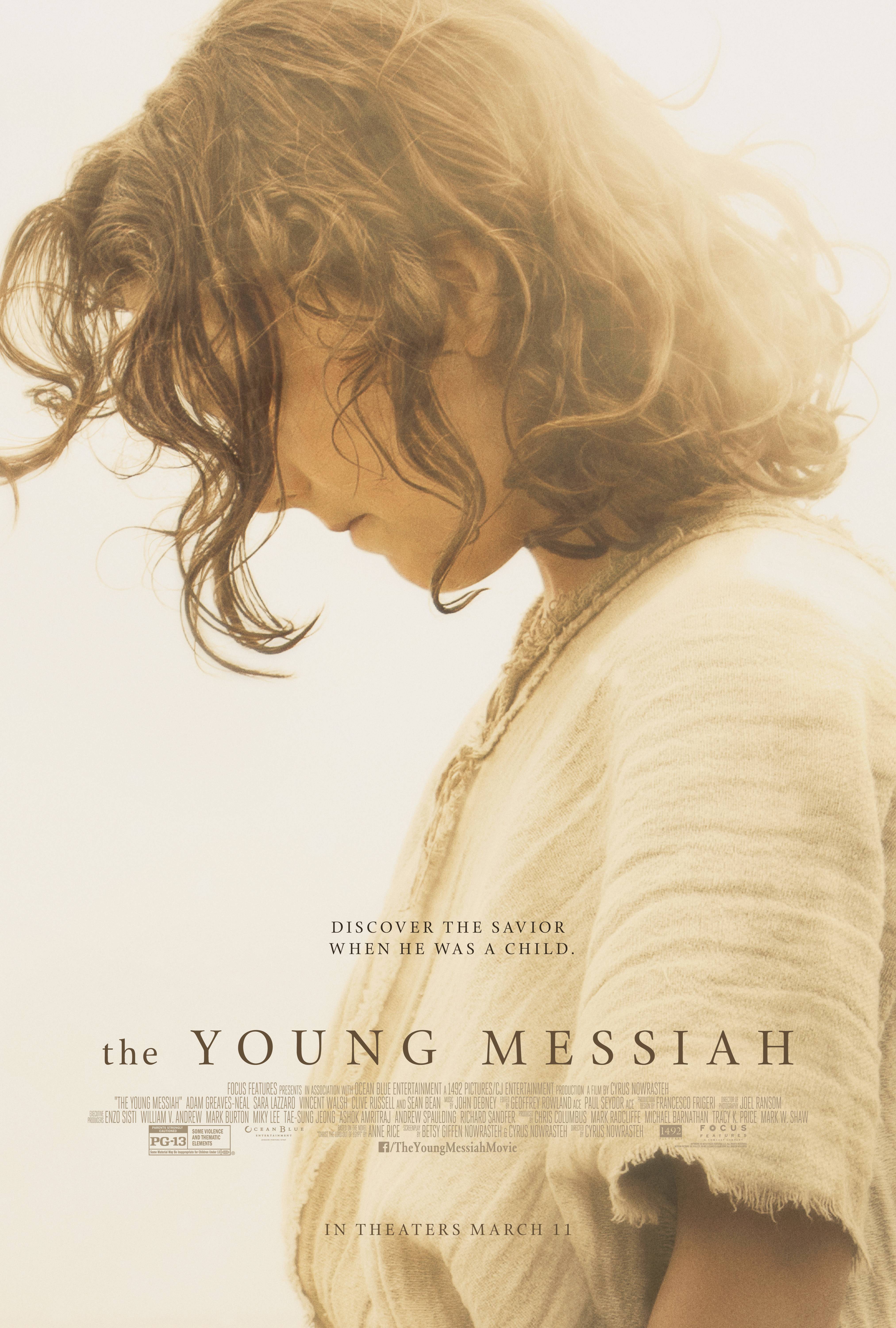 The Young Messiah, a highly-anticipated new film about the life of young Jesus, which is slated to hit theaters just in time for Easter, and promises to inspire and encourage viewers of all ages.

Written and directed by Cyrus Nowrasteh (The Stoning of Soraya M.) and starring Sean Bean (Lord of the Rings), Adam Greaves-Neal, and Sarah Lazzaro, the film is based on the Anne Rice novel, Christ the Lord: Out of Egypt.

In The Young Messiah, viewers are given insight into the life of a 7-year-old Jesus Christ as he grows to understand his nature and divine purpose. In the film, young Jesus and his family are forced to leave Egypt for their homeland in Israel. His earthly father Joseph and his mother Mary try to protect their son from knowing the truth about his divine nature to protect him from the dangers of the world, as he is hunted by the evil King Herod and his Roman forces.

“Jesus is a child, a very curious and bright child who recognizes there is something different about him, and he wants to know what that is and why that is,” Nowrasteh in an exclusive interview says “He sets about on a journey to find that out over the course of the movie. There’s no more important aspect than that going on at that time. Even in an everyday child’s life; that’s the age of the dawn of reason, that’s when the concept of mortality becomes engrained in a child, that he’s separate from his mother, that he’s going to die, that there are larger issues and questions out there. Who am I? Where am I? I think 7 was really a perfect age to explore.”

Cyrus Nowrasteh pictured on the set of “The Young Messiah.

The film beautifully depicts Jesus’ relationship with his parents, Joseph and Mary, his friends, and his extended family — all of whom are away of his divine nature. Filmmakers skillfully portray the child’s love and respect for Joseph and his special bond with Mary and desire to feel safe in her arms.

“Families watching this film will get a window into Joseph and Mary as parents, unlike any film they’ve seen before,” Nowrasteh says. “We have to go inside the holy family. Otherwise, you can’t tell the story. So often in movies they’ve been portrayed as icons that you never really connect or relate to as characters, you never get an emotional connection to them, they’re purely iconic. The inspiration and parallels that modern families can draw — they can see how this family loves and supports one another, how they walk through life’s trials and challenges together, how they care for their extended family, how they embrace strangers who are needy. I think there are plenty of examples and lessons here that people can take away.”

In a number of particularly poignant scenes, Mary is shown grappling with the desire to keep her son safe — but also share God’s will for him.

“She’s very aware of this child’s destiny, but also the threats and dangers that surround that,” Nowrasteh said. “She knows this is not an easy road ahead. In those times, it was very common for anyone who stepped out and proclaimed themselves a prophet, for them to be killed. In one scene, she’s expressing her joy of having had the opportunity to raise this child, this beautiful child, who she loves as her own. She recognizes the threats and dangers out there, so she’s recognizing his destiny while also fearing it and having to say goodbye to her own child, because his childhood is effectively over now. It’s a complex, layered scene, beautifully done by the actors. They nailed it.”

Because The Young Messiah is historical fiction – as the New Testament is largely silent about Jesus’ youth – filmmakers sought the help of theological scholars, pastors and priests to ensure the film remained theologically accurate and true to the nature of Christ

“We wanted to do something that was reverential and respectful, and it was a kind of informed and educated conjecture,” Nowrasteh explained. “Of course, the best research is in the Bible itself, because even though it doesn’t cover Jesus at age seven, Jesus during his ministry is certainly revealed in the Bible, and our guidepost for how to write the child Jesus is right there, because we want our child Jesus to be as consistent as possible with Jesus as an adult. That was really the best guide. We wanted to be as theologically orthodox as possible, so we had pastors, consultants and advisors who know that world inside out watch the movie and read early drafts of the script.”

The film was shot all over Italy and scored by Academy Award Nominated Composer John Debney (Jungle Book, The Passion of the Christ, Iron Man 2) – who Nowrasteh described as a “very faith-driven man, who just poured his heart into this score.”

When asked how the filmmaking process strengthened his own faith, Nowrasteh emphatically stated, “In many, many ways. This experience enrichened and deepened my faith. It’s hard to quantify it.”

However, at one time, he wondered if his faith wasn’t deep enough to make the biblical drama, as it almost did not make it to the big screen after losing millions before it was even released.

“There are moments that I was concerned that the film wasn’t going to happen, we had a shut-down, and an earlier attempt to get the film up cost us a lot of money and it looked like the film wasn’t going to happen,” he recalled. “I wondered if it was because I wasn’t the right person to do it, maybe my faith wasn’t deep enough. I stuck with it, and the film saw the light of day a year and nine months later. When those kinds of obstacles were thrown my way, I stayed the course, and ended up making the movie that I wanted to make in the fashion that I wanted to make it. It was more than any filmmaker could ask for.”

The Young Messiah hits theaters March 11, and is rated PG-13 for some violence and thematic elements. While the film is overtly faith-based, Nowrasteh is encouraging people of all beliefs to go see it, as he is confident it will appeal to both religious and secular audiences.

“It can appeal to anyone,” he said. “Fundamentally, it’s a beautiful story. You go on a ride, on a journey when you watch this movie. I think it’s for everybody…I want audiences to be entertained. I want them to be moved. I want them to be talking about Jesus when they walk out of the theater. I think it’s all part of the package. I make movies because I want to tell a story, not because I’m trying to make a dramatic point or pound something into someone’s head, that’s not it at all. I just want to tell a beautiful story.” 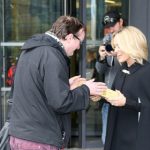