After several days of denying fans and friends on social media the picture of his new baby boy nicknamed StarbabyBoy, Gospel music singer Joe Praize has finally released the photos of the lovely baby. Explaining to fans why he hadn’t released the baby’s picture, Joe Said

Those asking for pictures of #starbabyboy … you will see it. MY DADDY HAD TO SEE IT

like a Dream. THANK YOU MY PASTOR … WHAT A MAN YOU ARE. Those asking for pictures of #starbabyboy … you will see it. MY DADDY HAD TO SEE IT FIRST. Thanks everyone for your love and sweet congratulatory messages.

Pictures has also surfaced on his page of another gospel music minister Toyen Akins carrying the baby. An instagram account was also created for the baby – @starbabyjoepraize where the baby’s picture was first released. In the same post he announced that Pastor Chris Oyakhilome has already named the child,though the name is yet to be made public.

Congratulations to the family again. 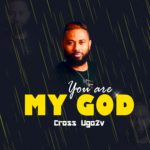 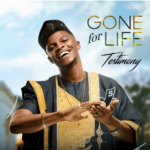