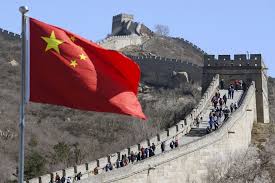 Persecution of Christians in China by the Chinese Communist Party has continued to rage on, despite COVID-19 restrictions.

According to Britannica, the Chinese flag and national emblem features one large star surrounded by four small stars, which represents the CCP as the guiding force of the nation.

Additionally, the star is utilized in all other state-run institutions.

“All official churches were ordered to replace their seals so that believers accept the Party as the main leader and follow only it,”

Another Three-Self venue director explained how the cross was inscribed on its church seals as “the symbol of our faith,” but “the government replaced it with the five-pointed star to show its power.”

The latest directives were made on the churches to follow through with President Xi Jinping’s Christianity Sinicization policy.

Christian persecution watchdog Open Doors USA describes Sinicization as the CCP’s means to conform “every religious ideology in the country, which is to make beliefs, including Christianity, fall in line with their interpretation of Communism.”

In July, a series of cross removals took place in the prefecture-level city of Linyi in Shandong Province by order of the government of Lanling county’s Dazhongcun.

Bitter Winter reports that “numerous state-approved Three-Self Church venues” had crosses toppled from its rooftops along with the removal of other religious slogans and symbols.

“Crosses must be removed from all churches because Christianity does not belong in China,”

One town official told onlookers as the demolition took place.

China is currently ranked as number 23 on Open Doors USA’s list of countries where it is the most difficult for Christians to live. 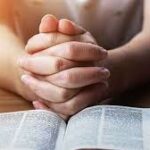