One of Nigeria’s foremost gospel music hit-maker Tim Godfrey is finally out with the much anticipated single titled, Nara featuring Award-winning Travis Greene.

‘Nara’ which means ‘Accept’ in the Nigerian Igbo dialect is a song that ascribes all glory to God for all His excellent works towards His own.

In his own words, Tim says:

This song speaks about me, my story, my journey, all I have been through and how far God has brought me over the years; it is my song of gratitude to him, I am simply saying, for all you have done for me, please accept my thanks.

The song Nara was first launched at the “Na You Be God” crooner’s Live Concert tagged Fearless Victory 2018 which was held in five different cities across the country. The concert featured the multiple award-winning gospel sensation Travis Greene performing the song with him. Watch the video.

This song has been recording numerous testimonies from far and near since it was launched, describing that God has been faithful. Check out his last release ‘Jotie’ featuring labels mates SMJ and Okey Sokay.

Connect with Tim and Travis: 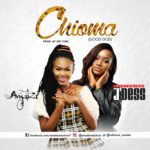 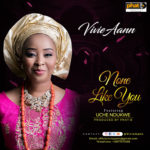