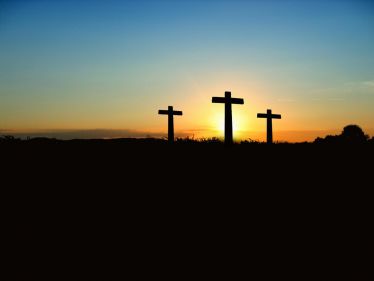 Here are five films to prepare you for the remembrance of what Christ did for us on the cross.

Grace of God (2015): Detective Bill Broadly, who lost his faith years ago, is called to investigate the disappearance of the local church’s collection plate. As he questions its various church members, rumors swirl as more congregants learn about the theft. When one unexpected church-goer confesses to stealing the funds, the confession resurrects Broadly’s views about God, and helps him see that through faith and belief there really is rebirth and redemption.

Finger of God (2013): Hundreds raised from the dead. Manna appearing in the Pentagon. Gemstones falling from the sky. Teenagers healing perfect strangers on the street. This isn’t old time religion. This is a new beginning. A spiritual revolution. Prepare to go on a dizzying journey around the world – from the streets of Northern California to the mud huts of Africa; from the underground church in China to the Gypsies in Eastern Europe – you will be challenged and encouraged by the extraordinary things God is doing in our world today. Born out of filmmaker Darren Wilson’s personal journey of two years and hundreds of hours of footage, Finger of God will show you a world you never knew existed.

My Son, My Savior (2015): My Son, My Savior imagines Mary’s childhood, growing up in a strict Jewish household, celebrating the annual feasts such as Passover and hearing the prophecies about a coming Messiah who would redeem Israel. Little did she know the vital role she would play in the fulfillment of those prophecies. Using the Gospel accounts as its framework, we imagine how Mary responded to the events of Jesus’ life and how her understanding of Jesus’ mission grew over time. The film is created to be a powerful evangelistic tool, bringing the Gospel story to life from a unique perspective.

The Lion of Judah (2011): The Lion of Judah is a heart-warming account of the Easter story as seen through the eyes of a lovable pig (Horace), a faint-hearted horse (Monty), a pedantic rat (Slink), a rambling rooster (Drake), a motherly cow (Esmay) and a downtrodden donkey (Jack). This magnificent period piece with its epic sets is a roller coaster ride of emotions. Enveloped in humor, this quest follows the animals from the stable in Bethlehem to the great temple in Jerusalem and onto the hillside of Calvary as these unlikely heroes try to save their friend. The journey weaves seamlessly through the biblical accounts of Palm Sunday, Jesus turning the tables in the temple, Peter’s denial and with a tense, heart-wrenching climax, depicts the crucifixion and resurrection with gentleness and breathtaking beauty. For Judah, the lamb with the heart of a lion, it is a story of courage and faith. For Jack, the disappointed donkey, it becomes a pivotal voyage of hope. For Horace, the, well the dirty pig, and Drake the ignorant rooster, it is an opportunity to do something inappropriate and get into trouble.

Once We Were Slaves (2015): Their fate was identical: death. Their view of themselves radically different. One, a lifelong criminal and a rebel against the Roman occupation, is resigned to his execution. The other, a lifelong rabbinical student and peacemaker, refuses to accept the judgment he faces. As their history is revealed, these two Jewish prisoners lead viewers to uncommon grace and a chance at redemption. The second short film from Vertical Church Films, Once We Were Slaves will grip your heart with an intriguing perspective never before captured on film. 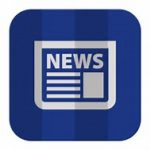 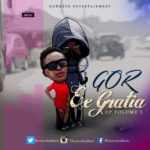