A United Kingdom judge handed evangelist Franklin Graham and his Christian team a major legal victory, ruling that the town of Blackpool, England, violated their religious liberty when it prohibited them from promoting a 2018 Christian event with bus ads.

In a 35-page decision, Judge Claire Evans ruled that the Blackpool council and the Blackpool Transport Services – which the town owns – “discriminated on the ground of religion against” Graham “in relation to its article 10 rights,” which protect freedom of expression.

The controversy began in 2018 when Blackpool bowed to social media pressure and prohibited the “Lancashire Festival of Hope with Franklin Graham” from placing ads on buses due to Graham’s biblical views on same-sex marriage and homosexuality.

Evans said Blackpool’s decision was the “antithesis of the manner in which a public authority should behave in a democratic society.”

“This advertisement was inoffensive,” Evans wrote in her decision.

“It was not obviously religious, it contained nothing but factual information as to the Festival, it did not even identify that it was a Christian Festival.

Only the appending of the name of Franklin Graham, and the fact that some people find him and his views offensive, made it anything other than innocuous.”

Referencing those who are offended by Graham’s views, Evans wrote, “There is no general protection” in law “from views that are offensive.”

“The removal of the advertisement coupled with the press releases issued by [Blackpool] gave or were capable of giving the public impression that the religious beliefs were unacceptable to society,” Evans wrote.

Because of that, Evans ruled, Blackpool “discriminated” against the Lancashire Festival of Hope with Franklin Graham.

“We thank God for this ruling because it is a win for every Christian in the U.K.,” he said.

James Barrett, chairman of the board of directors for the Billy Graham Evangelistic Association U.K., said the decision is good news for Christians in the country.

“This ruling confirms that all Christians in the U.K. have the right to share their beliefs in the public square without being discriminated against or interfered with by public officials and other groups that want to silence them,” Barrett said.

“I am grateful the courts have once again reiterated that the freedom to speak only what is not offensive is not freedom of speech at all.” 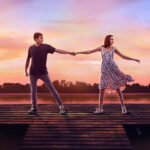