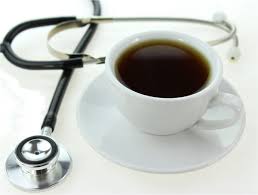 In recent past, coffee was perceived as an all harmful thing, but recent studies has shown that there are a lot of health benefits if it is taken in moderation.

In our previous article I did establish the fact that coffee can be a friend or a foe depending on how you relate with it. And in this write-up I will be sharing with on the health benefits of caffeinated tea.

Coffee helps to burn fat: research has shown that almost every fat burning supplement contains caffeine. Caffeine is a natural substance that has been scientifically proven to abet the burning of fat.

Many studies have it that caffeine helps to boost metabolic rate by 3-11 per cent, while other studies show that caffeine can explicitly increase fat burning  by as much as 10% in obese individuals and 29% in lean people.

Coffee helps in fighting depression: in recent times there have been many cases of people committing suicide as a result of depression.

Depression which is a mental health disorder characterized by an overwhelming feeling of sadness, isolation and loss of interest in activities can cause impairment in one’s daily life.

According to a Harvard Study published in 2011, women who drank 4 or more cups per day had a 20% lower risk of becoming depressed.

Another study carried out with 208,424 individuals has it that those who drank 4 or more cups per day were 53% less likely to commit suicide.

Coffee reduces the risk of Type II Diabetes: Type II diabetes is a big health problem which is typified by a bumped up blood sugars in the context of insulin resistance or inability to secrete insulin.

According to a review that looked at data from 18 studies with a total of 457,922 individuals, a daily cup of coffee was linked to a 7% reduced risk of developing type II diabetes.

Research has shown that folks who drink coffee have a 23-50% lower risk of getting this disease, in fact one study revealed a reduction as high as 67%.

For some reasons, people who drink coffee have a reduced risk of getting type II diabetes which currently afflicts about 300 million people globally.

Coffee improves energy level: coffee contains a stimulant known as caffeine, which is the most commonly consumed psychoactive substance around the world; hence when you take it the caffeine is absorbed into the bloodstream, and from there it goes into the brain.

Caffeine blocks an inhibitory neurotransmitter in the brain called Adenosine, it in turn leads to a stimulant effect, which improves energy levels, mood, vigilance, memory and other aspects of the brain.

When that happens, the amount of other neurotransmitters like norepinephrine and dopamine increases, leading to improved firing of neurons.

Put in simple term, caffeine is a natural stimulant commonly found in tea, coffee and cacao plants. It stimulates the brain and central nervous system, helping you to stay alert.

Now that you know the health advantages and disadvantages of coffee, I think it will be nice if you learn to take it in moderation to avoid putting yourself at risk.

As the saying goes, too much of everything is bad. 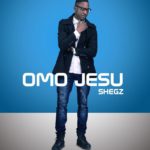 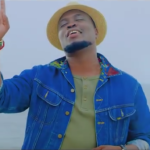