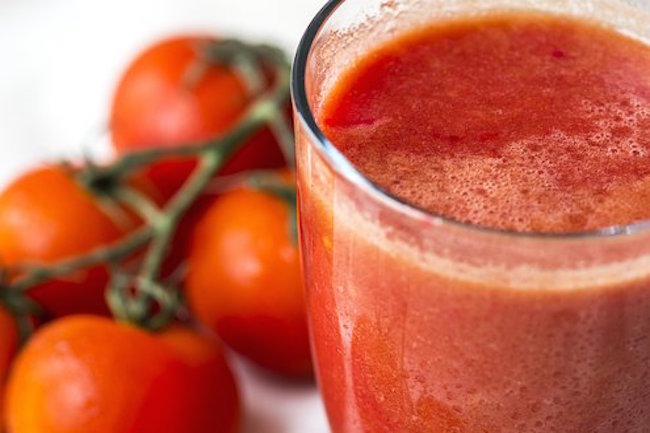 Do you think tomato juice can help reduce blood pressure?

In response to the issue of whether drinking tomato juice has a beneficial impact on your level of blood pressure, the response is a resounding “yes,” partly based on a latest, year-long clinical research in Japan involving 481 males and females.

The research, released in Food Science & Nutrition, engaged respondents between the ages of 21 and 74 who received as much unsalted tomato juice as they wished (consuming an average of just under one cup of tomato juice per day) after being screened for cardiac risk variables such as blood pressure, glucose tolerance and serum lipid profiles.

Ultimately, new screenings revealed that 94 people with high and moderately high blood pressure levels, including some untreated, had significant decreases in their systolic and diastolic blood pressure, with no other changes in their overall lifestyle.

Researchers have recognized antioxidant lycopene as not just the natural pigment that provides tomatoes a deep red color, but the most abundant natural carotenoid in the fruit.

Other plant-based foods contain lycopene, but not nearly as much as there is in tomatoes. Other nutrients in tomatoes include flavonoids such as rutin, kaempferol, and quercetin, lutein (another carotenoid), vitamin C, folate and potassium.

All of these ingredients help maintain heart health, but increasing your potassium intake may be one of the most important changes to make in your diet to lower your cardiovascular disease risk.

Further, people who have the lowest levels of lycopene in their blood have a higher increased risk for atherosclerosis, aka acute plaque buildup, and greater arterial thickness and stiffness. People with atherosclerosis in their carotid arteries (leading to the brain) that can be detected by ultrasound also have lower blood levels of lycopene compared with people with normal carotids.

Additional studies show lycopene to be associated with numerous advantages for your heart, specifically strong antioxidant activity. The luscious red fruit (not the vegetable most think it is) contains many other beneficial antioxidants, including alpha-tocopherol (vitamin E), alpha-carotene, beta-carotene and retinol (vitamin A), but none at nearly the level of lycopene.

Lycopene for blood pressure may improve your heart, too

An Israeli study in 2001 noted that lycopene, as found in tomatoes, is also found in other fruits and vegetables. One reason it’s an effective antioxidant is that it inactivates free radicals. Researchers in Finland revealed that due to the abundant provision of lycopene in tomatoes and other produce, the risk of ischemic stroke could be lowered by 59%.

Study subjects included 1,031 middle-aged men. Those with the highest levels of lycopene in their blood were found 55% less likely to have any type of stroke compared to people with the lowest amounts. For the most common type of stroke — those caused by blood clots — men were assessed as being 59% less apt to have a stroke. According to University Health News:

“This is the first study to document a decreased stroke risk with lycopene consumption, although previous observational studies have shown that lycopene consumption is associated with lower rates of heart disease and atherosclerosis, as well as with a reduced risk of dying from any cause.

Clinical trials have also shown that lycopene benefits include lowering cholesterol, blood pressure, inflammation, and oxidative stress, including free radical damage to LDL cholesterol. Since all of these harmful processes are involved in the development of strokes, the Finnish researchers’ findings come as no surprise.”

The implications for cardiovascular disease (CVD) and its various spin-offs are enormous. According to the World Health Organization (WHO), they’re the most common cause of mortality in the world, with 15.2 million deaths recorded in 2016 alone.

Even if it’s not terminal, CVD can cause permanent organ damage that can lead to devastating quality of life consequences, most often due to atherosclerosis, which could be called acute plaque buildup, which eventually hardens and narrows your arteries.

Related diseases such as diabetes and high blood pressure are contributors with their own implications; heart-related disorders weigh heavily on each other, so regulating your blood pressure, as well as your lipid and glucose metabolism, helps to prevent CVD development and its widespread complications.

Lycopene has even more ways to improve your health

There are plenty of studies showing that increasing your lycopene levels brings about several layers of cellular benefits, reducing incidences and even exerting a preventative effect on diabetes and cardiovascular disease, as well as cancer and Alzheimer’s. The journal Molecules notes several significant findings on lycopene, citing studies:

Lycopene captures reactive oxygen species (ROS) to prevent fats, proteins and DNA strand damage, which cause aging and higher disease risks. ROS attacks your body constantly and in many ways, some we can’t do much about and some we can, from smoking to air pollution to eating primarily processed foods. One study explains how oxidation is a factor in high blood pressure, also known as hypertension:

“ROS can play, and in fact they do it, several physiological roles (i.e., cell signaling), and they are normally generated as by-products of oxygen metabolism; despite this, environmental stressors (i.e., UV, ionizing radiations, pollutants, and heavy metals) and xenobiotics (i.e., antiblastic drugs) contribute to greatly increase ROS production, therefore causing the imbalance that leads to cell and tissue damage (oxidative stress) …

If not strictly controlled, oxidative stress can be responsible for the induction of several diseases, both chronic and degenerative, as well as speeding up body aging process and cause acute pathologies (i.e., trauma and stroke).”

Another way high lycopene levels in your body produce dramatic, health-promoting benefits has to do with its mechanisms, and studies specify four ways lycopene works. It:

The problem with statins

Ischemic strokes, known for being clot related, take place when blood vessels in the brain become so narrow they’re more easily clogged by fatty deposits, aka plaque, which cuts off the blood flow to brain cells. When taking 25 mg of lycopene via both the diet and supplementation, patients with slightly elevated cholesterol were found to have comparable results in lowering cholesterol as that of statins.

Statins, the most profitable drug ever sold, have grossed more than $1 trillion. It’s ironic because additional studies show that people who take them die more often than people given placebos. Also ironic is the fact that evidence does not exist that proves lowering cholesterol or LDL does anything to improve anyone’s health.

As it happens, low cholesterol levels are a health concern. Cholesterol is found in every cell in your body, helping to produce cell membranes, hormones (including the sex hormones testosterone, progesterone and estrogen) and bile acids that help you digest fat.

What eating tomatoes can do for you

One way to demonstrate what lycopene can do for you is to show what happened when researchers extracted it from the diets of postmenopausal women for a month: Lutein and zeaxanthin, α and /β –carotene, glutathione peroxidase, and superoxide dismutase were all significantly decreased in the women’s blood profiles. They concluded:

“Daily consumption of lycopene may be important as it acts as an antioxidant to decrease bone resorption in postmenopausal women and may, therefore, be beneficial in reducing the risk of osteoporosis.”

One of the best things about the lycopene in tomatoes is that you can get the most benefit when it comes through foods, including tomato paste, tomato sauce, tomato soup, tomato juice, and other lycopene-rich produce, like watermelon, a 2001 study notes. According to Edward Giovannucci, a professor of nutrition and epidemiology at the Harvard School of Public Health:

“Supplements may give you a purified form of lycopene, but you’re not sure you’re getting what you get from food. You may be getting the wrong form of lycopene in a supplement. There are also a lot of compounds in food that aren’t lycopene but that are similar, and some of those molecules may be part of what makes lycopene so beneficial.”

The surprising cause of high blood pressure

High blood pressure, also referred to as hypertension, is a prevalent health problem, with at least 75 million people in the U.S. — around 1 in 3 adults — struggling with it today. While there are certain aspects that can affect your risk for this condition, such as high uric acid levels and insulin and leptin resistance, there’s another factor most people are unaware of that may contribute to this longstanding health problem. 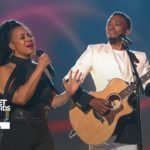 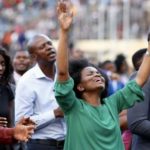