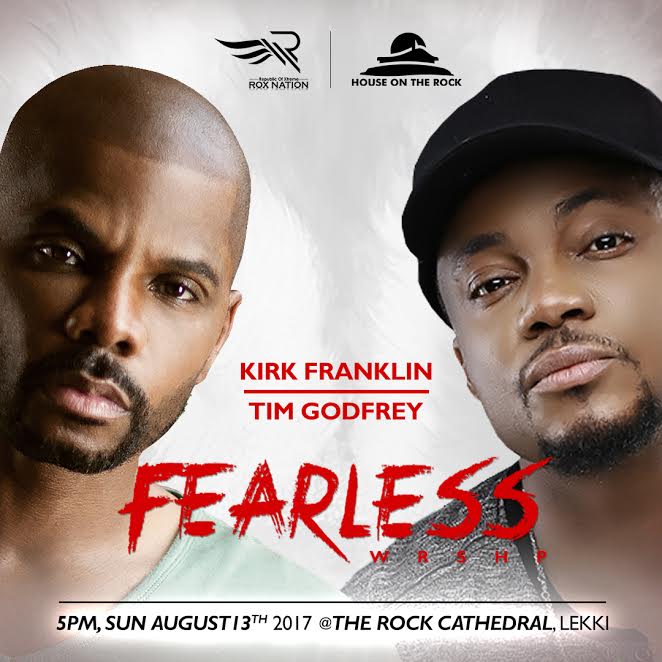 Tim Godfrey and Rox Nation in collaboration with House On The Rock Lagos have announced Sunday August 13th 2017 as the date for this year’s edition of “FEARLESS“.

“FEARLESS” is a gospel musical concert borne out of the need to create a platform to celebrate the work of Jesus on the Cross and the victory it gives to believers. The worship concert which made its debut in 2016 with Marvin Sapp as its headline artiste had about 6,000 ardent worshipers in attendance.

Fearless 2017, the second edition of the worship concert promises to be even more electrifying as world renowned gospel artiste Kirk Franklin will headline the event alongside multi-talented Gospel artiste, Tim Godfrey and his Xtreme crew. The venue for the concert is Rock Cathedral of the House On The Rock Lagos.

The Senior Pastor of House On The Rock Churches, Pastor Paul Adefarasin, speaking on the collaboration said,

“Tim Godfrey is a son and one of the icons raising the banner of Jesus using the tool of music. We are excited to be part of an historic concert hosting Kirk Franklin at The Rock Cathedral“

Tim Godfrey, writer and producer of the popular song ‘Na You Be God,‘ also went on to say, “

We are built to be Fearless” and “this year is special for me personally because my music has mirrored Kirk Franklin’s. He is one of the biggest influences on my musical career. It is a great honour to host the great gospel icon. I imagine that the city of Lagos and Nigeria will shake for Jesus and lives will be transformed”.

Check Out: The Review of FEARLESS CONCERT 2016 Edition 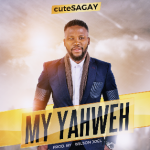 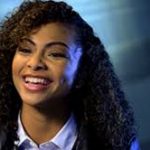