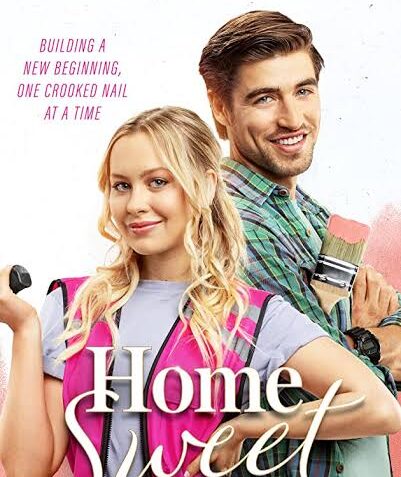 Have you ever wondered how far a woman is willing to go in order to get the attention of a man? If yes, then this movie is for you.

HOME SWEET HOME tells the story of a woman who focuses more on her outward appearance (superficial) than on her inward self (character), and of a man who has had to choose between his relationship with God and his relationship with his fiancée. The main actress Victoria pretends to be a Christian so as to get the attention of the main actor Jason who is not attracted to flashy women.

Compared to most Christian movies that puts much emphasis on the drama and  faith aspect, HOME SWEET HOME has an air of comedy which makes the movie more enjoyable and let viewers get really comfy while watching the movie.

The 90 minutes movie was written by  Lesley Ann McDaniel and directed by Juan Mas was released in May 1, on DVD.

Flirtatious barista Victoria (Natasha Bure) is bored with her social butterfly lifestyle and longs for real love. When handsome Jason (Ben Elliott) walks into her coffee shop, she turns on the charm. But he doesn’t respond to her flirting like men usually do. When she discovers that he runs a ministry that builds affordable housing for families in need, she decides to volunteer. So what if it’s faith-based organization? As far as she’s concerned, pretending to be a “church person” isn’t any different than pretending to like sports or a guy’s friends if it gets her what she wants.

HOME SWEET HOME is a faith-based romantic comedy, now streaming on Pure Flix, about a young woman named Victoria who chases after the new guy in her co-worker’s home church. Unknown to Victoria, Jason is a devout Christian healing from a broken relationship. HOME SWEET HOME is a movie with a comic side and a significant Christian content about finding faith while looking for love.

Victoria Tremont is a superficial person who works in a local coffee shop. Known for her flirtatious nature, Victoria turns on the charm when Jason Holman enters, but the handsome stranger is completely uninterested. Confused, Victoria tries to insert herself into Jason’s life. Victoria finds out that her co-worker attends the same church he does, Sun City. She also discovers Jason has just moved into town to start his own volunteer ministry in the church for building affordable housing for people.

Victoria shows up to the first meeting in full hair and makeup, finally catching the attention of Jason, who’s thrown off guard by her lolicon look. Victoria signs up for the first day of the building ministry meeting and meets Meagan, a cute, shy girl who’s in love with Wyatt, one of the other guys from church. Victoria and Meagan make a deal. If Meagan teaches Victoria how to build a house, then Victoria will teach her how to get Wyatt.

Meanwhile, Jason begins to like Victoria. However, after being burned from a past serious relationship in California, he’s hesitant to enter into a relationship. Also, Jason’s pastor advises against getting involved, saying that Victoria looks like a handful, so Jason maintains his distance. As the building of the house continues, her sister tries to keep from Victoria that her husband leaves her for another woman.

While trying to get Meagan and Wyatt together by giving Meagan relationship advice, Victoria tries to become a “fake” Christian, learning Bible verses and Jesus jargon. It doesn’t work until a car crashes into her own home and takes out a piece of the wall.

Later in the movie we find out that  Victoria and the sister were brought up by a single working mother. After the car crash, Victoria goes to sleep at her sister’s house. Victoria spots her Bible, a gift from her grandma and begins to read Matthew 19:26, the same verse she began to read when the car crashed into her home.

Jason comes over to Victoria’s house to inspect the damage, revealing his own personal damage from his serious ex-girlfriend Rachel. Victoria and Jason talk for a while. He then invites Victoria to the concert being held at their church. However, Victoria hasn’t totally transformed. Another man, Ron, is interested in her, and she and Ron already have made plans for the same day as the concert.

Stuck between two guys, Victoria prays, unfortunately they both show up at the coffee shop before she had the opportunity to choose between Jason and Ron. Jason leaves when he sees  Victoria conflicted with a decision to make. She runs after Jason and he confronts her about why she joined the volunteer project. She admits that she likes him and wants to be closer, but Jason storms off without hearing all her explanation, angry at her for lying.

Victoria goes on the date with Ron, only to discover that he’s also a complete fake pretending to be who he isn’t.. She leaves Ron and drives to the concert to see Jason. However, God steps in, and Victoria is forced to decide what she really believes. 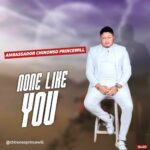