Top Nigerian gospel singer, Frank Edwards, has taken to social media to narrate an interesting ordeal with a young man he met in a shawarma joint.

According to the founder of Rocktown music label via Instagram, recalled how he randomly met a guy and sowed a ‘seed’ into his life.

Frank said, the young man, an upcoming producer used the money to buy himself a sound card for music.

He noted how impressed he was with how passionate the young man was with his dreams, he also prayed that God helps him succeed.

Sharing photos of the random man, he wrote; “I randomly met this guy yesterday at a shawarma place where he works, he just started screaming “my mentor , Omg !!

“Afterwards I decided to sow a seed to him .. so got his account details and sent my seed! And he started with another level of drama😂 Now why am i shearing this ?

“He told me that even though he works at the shawarma place he is an upcoming producer.. and this guy took from the money I gave him straight to the music store to get his first studio equipment!! I’m so impressed to see how serious he is with his dream!! He didn’t go to buy shoes and chains !! My brother you will succeed in JESUS NAME!!” 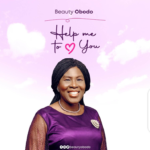 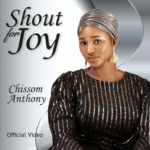