Graciously in this part of the world, we have several privileges to do what pleases us most especially in preaching the gospel, in building structures for people of several thousands to come worship God, but in the other part they have little or no privileges.

Here is a story of a North Korean pastor, Choi Kwanghyuk, who escaped North Korea to Los Angeles and described it as moving from Hell to Heaven.

North Korea is an officially atheist state where public worship is extremely dangerous and if targeted would be sentenced to death penalty.

Choi was targeted and persecuted by the Government, he decided to flee to America, Los Angeles precisely and described his life in America as Heaven while his life at North Korea as Hell.

Choi gave a brief description about his life in North Korea saying while he was living in North Hamgyong province, he started an underground church, where congregants worshiped with only one Bible. He further said

We couldn’t raise our voice during a service, we couldn’t sing out loud during a worship … that was hard,” “Also, we had to hide so that other people could not see us.

There were about nine people,” he said. “I couldn’t do mission work because we had to keep it secret that we had a church. If that information had leaked, we could have faced the death penalty.

“North Hamgyong province is very cold. In the winter, we would dig a big hole and store kimchi there. We sometimes had services there. In the summer, we had services in the mountain or by the river. I never heard the term ‘underground church’ until I got here [to the U.S.].”

Choi suffered physical scars from his time in North Korea, as he is unable to work as a result of the injuries he received while being tortured in the prison after he was being arrested by the North Korean authorities. Still, he is determined to tell the world about the human rights abuses in the oppressive country.

Choi went on expressing that

“The one thing that the North Korean regime fears the most, is the spreading of the Gospel,” “Because the Bible and the Gospel speaks the truth. Once the light shines in the dark room, there is light in the room.”

He also added that

“They [the government] will do anything to prevent the spread of the Gospel in North Korea,” he said, computing that the government even set up a “façade” organization called the Korea Christian Association to lure the believers.

In summary, i believe they or we cannot block the sunlight with our hand. 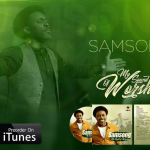 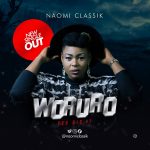