Nigerian gospel music superstar Frank Edwards delivers another beautiful tune from the stable of his RockTown Music. He titles his new project “JESUS“.

The song is a special addition to the superstar discography of Frank Edwards’. The song simply celebrates JESUS in all of His glory. It is also a song that is personal to Frank Edwards as inferred from his Instagram post:

OUT NOW – I remember the pressure on me to remove the name JESUS from my songs so I don’t offend people who don’t like the name and then my fan base will increase 🤣🤣🤣 well years have come and gone and the same JESUS promoted me 🙌🏼🙌🏼🙌🏼🙌🏼 – LINK IN BIO 👆🏽 spread the word!

The song is a song of thanksgiving by the artist the One who has brought him so far and continues to promote him. It extols the power in the name of Jesus!

It is a particularly timely song as we are in the Christmas season, which is especially dedicated to the celebration of the coming of Jesus Christ .

GET THE SONG HERE

This new project comes sequel to the recently released CHIOMA (AFRO VIBE), another extremely melodious, indigenous, soul lifting and edifying song, as well as “NONE LIKE YOU”. 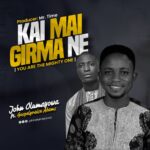 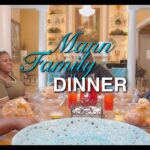