The Jazzy/Traditional styled singer offers a powerful anthem that ushers the listener into a place of worship. “At The Altar” brings a message of spiritual enlightenment to the masses. Continuing her message of God’s power from her 2019 single “He’s Able”.

This new gospel ballad written and produced by La’Donna, “At The Altar” speaks the importance of conversing with the Lord on a deeper level.

The multi-octive singer delivers the spiritually uplifting song about the the power of prayer. The listener encounters La’Donna’s powerful vocals combined with gospel infused keyboards, organs, with an R&B flair.

At The Altar is currently available for pre-order.

La’Donna’s vocal ability led her into opportunities working as a session vocalist. These experiences would then allow her to work with Academy and Grammy Awards
winning Producers throughout the music industry.

As her relationship with Jesus strengthened La’Donna began singing only gospel music. In addition she returned to school and is now a licensed Chaplain and  Evangelist.

“At The Altar” is currently available for pre-order and will be officially released for purchase on all digital and streaming platforms October 2nd. 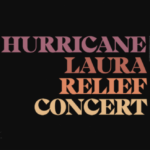 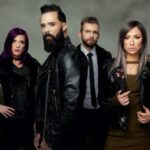