Updates : You too dey bless me

Frank has since done some remix for this song and it has also received lots of acclaim and awards.

Frank Edwards, is a Nigerian contemporary Christian singer-songwriter and recording artist who from the inception of his career till now he has won several awards and his music has been sweeping through the world like a wild wind. He is a core member of Christ Embassy A.K.A Love World Ministries and was one of the flagship artists of the now defunct Love World Records. He has written several known songs sung in various churches across the world.  Frank is the founder and owner of record label Rocktown Records, which is home to recording artists such as Edwards himself, Gil, Divyn, and David among others. 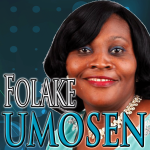