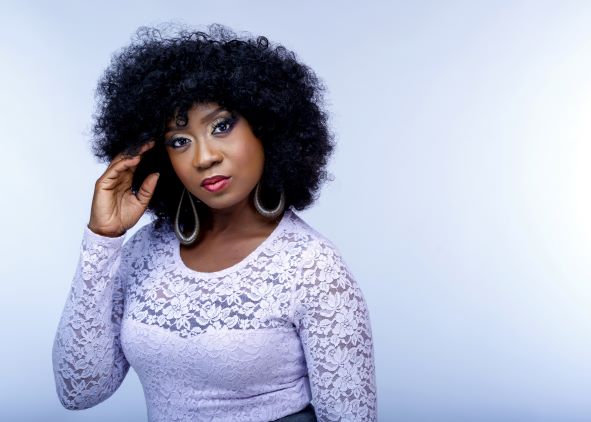 It’s a Thursday! And that’s an occasion for a throwback! Today, our throwback spotlight is on the amazing Nigerian singer Nikki Laoye!

As a recording artist, Laoye’s music has earned her several awards including The Headies Award in 2013 for Best Female Vocal Performance and the All African Music Awards (AFRIMA) in 2014 for Best Female Artiste in African Inspirational Music.

She is also well known for the 2006 hit song Never felt this Way before, the 2013 dance single “1-2-3“, the soulful ballad “Only You“, which she remixed in 2016 featuring Seyi Shay and the love song Onyeuwaoma featuring Banky W.

Her passion for humanitarian activities attracted the attention of the Nigerian National Commission for Refugees, Migrants and Internally Displaced Persons (NCFRMI), who unveiled her as the celebrity ‘Voice of Refugees’ in Southwest Nigeria in 2013.

Her musical style is an urban contemporary sound with the fusion of alternative rock, R&B, hip hop, pop, soul, funk, jazz and Gospel.

The singer, fondly called, the small one with the big voice, rose to fame in 2006 with the hit single, “Never Felt This Way Before” from her debut studio album, Angel 4 Life (2008), which also featured other notable singles, including the Hip-Hop collaboration with Rooftop Mcs and her brother, Rap2Sai – “Taka Sufe”; the love ballad “Someone to Love” with R&B crooner Jeremiah Gyang amongst others.

Laoye bears traces of a mixed heritage as her father, Olushola is of European (Dutch), Ghanaian and Nigerian ancestry. She is sister to three brothers: Femi, Bola and Ade, who is also known as Xblaze, a budding young music producer/Hip Hop artist in Lagos, Nigeria.

Enrolled in choirs and dance classes at the age of five, Laoye started off her education at Grace Children School, Gbagada, Lagos.

Soon enough, she was singled out by her music teacher, who noticed her music abilities at such a tender age and personally offered her free piano lessons at the end of each school day.

Laoye’s musical talent was further enhanced during her high school years at Federal Government Girl’s College, Sagamu (from where she graduated in 1998) and at the University of Ibadan respectively as she performed with the school choirs and joined up with music and dance groups including Exousia, Soul Alliance and the girl group trio, Soul Sistas.

In 1998, Laoye joined the youth band of Ikoyi Baptist Church and was introduced formally to contemporary gospel by friend and music director, Reginald Bassey and served as a soloist/lead vocalist for a couple of years.

Laoye later joined House on the Rock Church and was a lead vocalist for the choirs in Ibadan and Lagos for over 10 years.

Laoye began her career as a solo artist in 2006, with the release of her first single, “Never Felt this way Before”, produced by Nigerian music producer Cobhams.

The single enjoyed airplay on mainstream radio stations in Nigeria and gained wide acceptance across the country, thus making Laoye one of the few contemporary Christian artists in the Nigerian music industry with mainstream appeal.

The release of her HipHop collaboration single, “Taka Sufe” featuring Rooftop Mcs and Rap2Sai further endeared her to Nigerian youths and provided a platform of expression for her brother, Xblaze who produced the track.

(Xblaze Ade Laoye produced most of the songs on Laoye’s debut album as well as her 2013 dance single, “1-2-3“. He was a principal producer for the West African Edition of X-Factor, held in Lagos, Nigeria).

In 2008, Laoye followed up with the release of her debut album Angel 4 Life— a collection of contemporary sounds and a lineup of top Nigerian artists including Rooftop Mcs, Blaise, Jeremiah Gyang and many more.

The singer soon gained notoriety as her singles gradually rose to the number one spot on the Nigerian Chart Show for weeks; and she was a main feature on the MTV Base Rockumentary show- Advance Warning.

In 2009, Laoye performed alongside American international gospel artists Kirk Franklin, Cece Winans and Donnie McClurkin to an audience of 500,000 at The 2009 Experience Concert in Lagos, Nigeria.

Laoye also played a theatrical role in the Nigerian-Broadway stage play musical, OLURONBI in October 2009 and was one of the five female artists on the 2009 Tetmosol Girl Power Tour, which was a nationwide tour across various states of Nigeria.

The release of the single “Never Felt This Way Before” brought a fresh urban Christian contemporary sound to the Nigerian music industry.

Laoye’s music has gained critical acclaim beyond Africa, as she was one of the first three Nigerian artists ever to be interviewed and recognized on American entertainment channel, BET in 2009 and she was one of the preliminary judges for BET’s Sunday Best Auditions which held in Lagos, Nigeria in December 2009.

In 2011, Laoye’s life and career were showcased in a special feature segment on BET, tagged “BET Spotlight – Nikki Laoye”.

In 2013, the singer made a comeback into the music scene after being on a hiatus following the loss of her father in 2011.

In January 2016, Laoye headlined the Butterscotch Evenings event, alongside American R&B Superstar Brian Mcknight at the Eko Hotels and Suites in Lagos, Nigeria.

Laoye is the founder of the “Angel 4 Life Foundation”, a non-governmental organization through which she mentors and helps develop the creative skills of talented physically challenged youths and also assists in the management of the Music Therapy Clinic of Modupe Cole Home for the Physically and Mentally Challenged, in Lagos, Nigeria.

She was announced as one of the brand ambassadors for popular wrist watch brand, Ice Watch, in Nigeria.

She was also nominated for the Artiste of the Year and Best Female Vocalist categories at the awards. 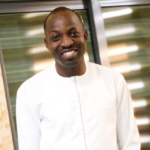 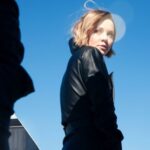